Although it’s widely acknowledged that Black culture has influenced our global society as a whole, the importance of its representation within architecture and design is vital to the evolution of the industry itself. When the term “influential imagery” comes to mind, it’s essential that the hippocampus reference designs that mirror, reflect, and reimagine the multicultural world we live in.

Despite being underrepresented in the architecture, interior design, and home furnishings industries, there are many designers of color who have reframed the paradigm of architecture and design, illuminating a path of opportunity for future generations. I myself became a designer because a professor of color introduced me to the idea that my presence as a multicultural black woman would undoubtedly contribute to the canon. While at university, the lack of diversity in my program encouraged me to seek out the histories of designers of color who freely allowed their culture and personhood to influence their work because as historian Dr. Carter G. Woodson, the inspiration behind Black History Month, famously wrote, “Knowing the past, opens the door to the future.”

Designers whose voices have sparked the difficult conversation around diversity and inclusion within the industry include David Adjaye, Sheila Bridges, and of course, Norma Merrick Sklarek, among countless others. These great minds continue to inspire those who seek to extend the history and development of architecture and design while creating a more equitable future.

To call Sir David Adjaye (b. 1966, Dar es Salaam, Tanzania) a renaissance man would be an understatement. One of the most significant international architects working today, he has conceptualized some of the most strikingly beautiful structures of our modern era. The author of several books, Adjaye’s genius extends to photography, sustainable fashion, and a highly successful furniture design collaboration with Knoll Inc. 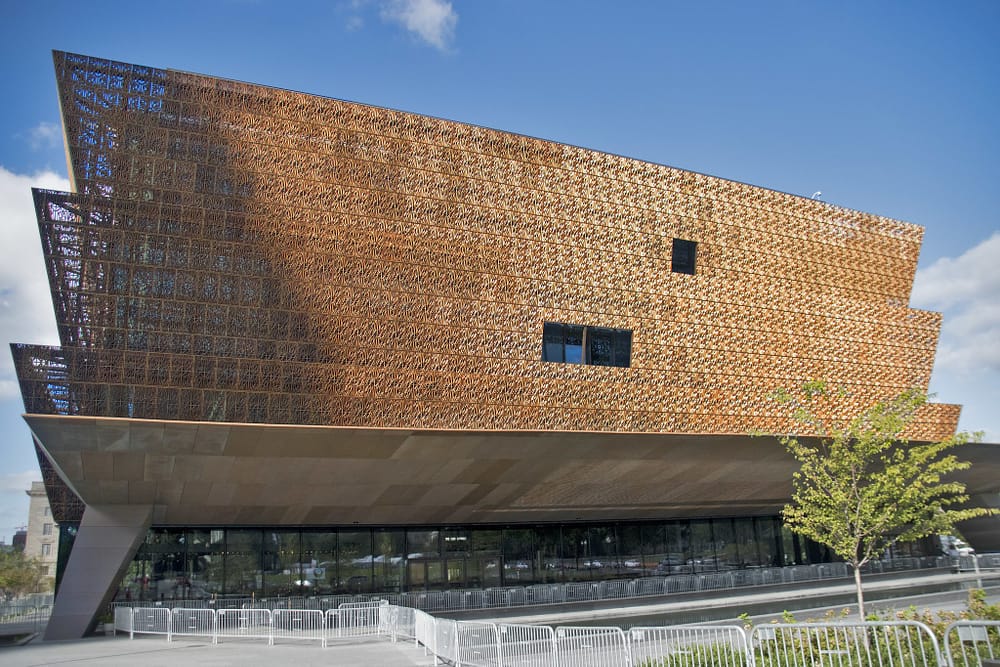 One of the most interesting aspects of his work is the notion that it doesn’t visually present an obvious style. Instead, he focuses his attention on process, people, place, and memory. He has contributed to global groundbreaking designs such as the Smithsonian National Museum of African American History and Culture in Washington, DC and most empathically, The Steven Lawrence Centre in South-East London. This center is culturally significant because it memorializes Stephen Lawrence, an aspiring teenage architect who was murdered during a racially motivated attack in 1993. Adjaye’s compassion for underrepresented communities is highly visible and highly revered. 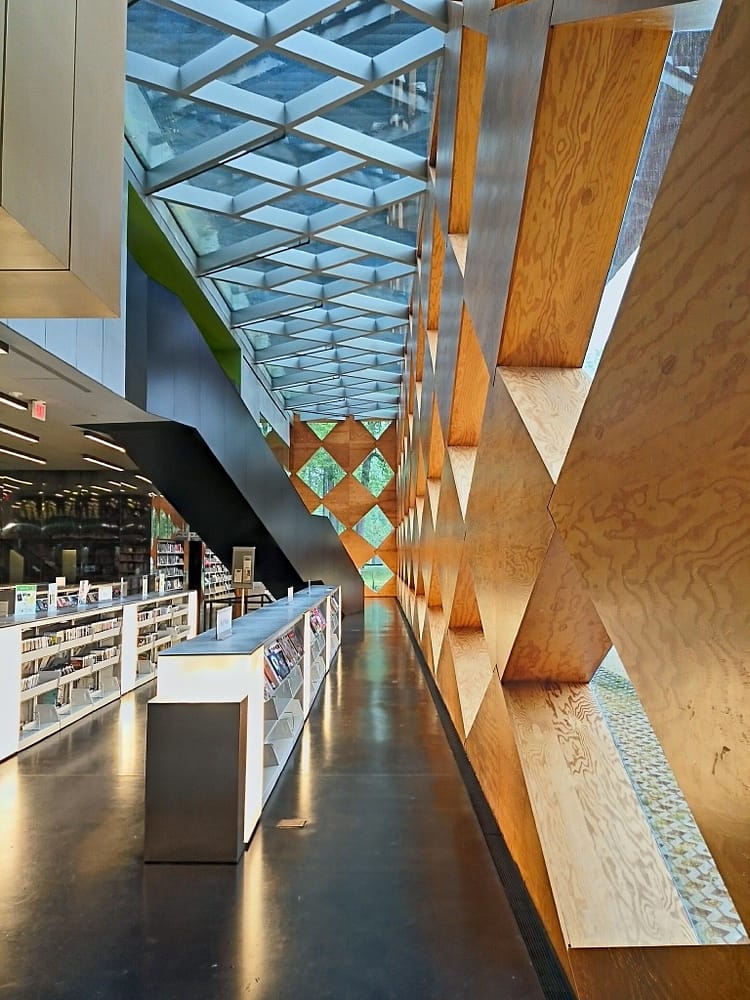 Named America's Best Interior Designer by CNN and Time Magazine in 2002, Sheila Bridges is a Harlem-based designer whose vision and entrepreneurial spirit has held the attention of a wide audience since she founded her company in 1994. Bridges work explores sensual and witty classicism while utilizing a mix of classic furniture paired with contemporary art and joyous color combinations that awaken the senses.

Did I mention that her clients include music moguls like Andre Harrell and Puff Daddy (yes, that P. Diddy), best selling authors such as Tom Clancy, and former presidents? In addition to residential-based interior design, she has worked in television and fashion, authored several books, and even boasts a permanent wallpaper collection in the Smithsonian Cooper-Hewitt National Design Museum. If you’ve never had the chance to see her work, you’re in for a treat. Numerous museums have showcased her achievements, including The Museum of Art and Design in New York City, the Brooklyn Museum, and the Musee municipal de la toile de Jouy, Jouy-en-Josas, France. She also designs a home furnishings collection available through showrooms and national retailers.

To quote Norma Merrick Sklarek (1926-2012, Harlem, New York), “Architecture should be working on improving the environment of people in their homes, in their places of work, and their places of recreation. It should be functional and pleasant, not just in the image of the ego of the architect.” Sklarek was a woman of many firsts. Not only was she the first African-American woman to earn a license in architecture in multiple states, she was also the first black woman admitted to the American Institute of Architecture, later becoming a fellow. Eventually she co-founded one of the nation’s largest woman-owned architecture firms, Siegel Sklarek Diamond. Nicknamed the “Rosa Parks of architecture,” she pioneered the advancement of African American designers in a world that had never before considered them.

The Terminal One Complex at Los Angeles International Airport was one of Sklarek’s projects.

Sklarek broke many gender and racial barriers and collaborated with highly-revered architects. Additionally, she served on a multitude of boards and committees, including the California State Board of Architects and the AIA National Ethics Committee, and she was a juror for the National Council of Architecture Registration Board (NCARB).

As director of architecture at Gruen Associates, she was responsible for the building of iconic projects and collaborated with Cesar Pelli on an array of designs that include the Pacific Design Center’s Blue Whale building in Los Angeles, the U.S. Embassy in Tokyo, the City of San Bernardino City Hall, and the Commons-Courthouse Center, Columbus, Indiana. In San Francisco, she designed the Fox Plaza tower, and later as vice president of Welton Becket Associates, she supervised the delivery of the Terminal One Complex at Los Angeles International Airport. In 2019 she was posthumously awarded the 2019 AIA|LA Gold Medal by the AIA’s Los Angeles chapter.

In 1926 Chicago, Negro History and Literature Week was originally conceptualized by Carter G. Woodson as a one week celebration to coordinate the implementation of African American history within public schools. In 1970, Black History Month was developed and established by black educators and students at Kent State University not only to educate but to uplift the societal contributions of the black community. For many of us, 28 days could never cover the intricacies of our histories, but February remains a reminder that all things are possible if you know your history.

Shavana Green, AIGA, is a part of the EGD team at IA Interior Architects, where she is responsible for planning, analyzing, and creating visual solutions to our clients' communications problems and supporting signs and signage systems. Born in Japan and raised throughout the United States, Shavana's interdisciplinary methodology has been heavily influenced by the conceptual nature of her broad education as well as her love for color theorists, solo travel, and breaking the rules.

Workplace design thinking is evolving at the fastest pace in decades, and one word seems to be on everyone’s lips: hospitality. At the same time, a wholesale pivot to a pure hospitality design approach (an all-out sprint for the luxurious and engrossing aesthetic of the boutique hotel or hot new restaurant) is an overreaction. Admittedly, END_OF_DOCUMENT_TOKEN_TO_BE_REPLACED