This century has seen an earth that is rapidly heating. The causes are attributed to human activity and some natural variability, but the weight of evidence points to a warming activity resulting from excess man-made CO2 entering the atmosphere. In response, in this century, governments, corporations, and investors are racing to reduce levels of anthropogenic CO2 to limit global temperatures to 1.5 degrees Celsius (34.7 degrees Fahrenheit) above preindustrial levels. Beyond that level, the UN Intergovernmental Panel on Climate Change (IPCC) reports that Earth’s feedback system will continue to raise global temperatures, causing an increase in climate-related risks to human health and environments that will impact livelihoods, food security, human safety, water supply, and economic growth. Oceans which typically absorb this excess heat are becoming more acidified, jeopardising fragile aquatic habitats, causing more unpredictable storms, and raising sea levels that are a threat to coastal-adjacent communities—where over 44% of the world’s population live, including eight of the globe’s 10 largest cities. The World Bank predicts that this could directly push over 100 million people into poverty by 2030. A business-as-usual approach will cause us to sleepwalk into devastation.

Devising solutions to maintain a sustained net-negative global anthropogenic CO2 level is the greatest challenge of our age. The Fifth (IPCC) Report detailed how preventing the worst impacts of a 1.5 degrees Celsius global warming will require the removal of an estimated 10 gigatons of net CO2 every year by 2050. The level and scope of the changes required to reach that target will be nothing short of transformational.

Preventative actions over the next 10-20 years must include developing a green infrastructure, improving energy efficiency through smart urban planning, directing food systems away from land-intensive animal products, and electrifying transport, as well as a rapid shift towards low- or zero-emission renewables including the generation of power. Although this represents a very real existential crisis, it also creates unparalleled opportunities for ecological, social, technological, and economic progress—because solutions will be reliant on strategies and technologies that have not yet been developed.

Business leaders in multiple sectors have already begun to recognize the role they play as solution providers to pursue these alluring opportunities, and there are encouraging indications that some are now redirecting their operations towards a zero-carbon economy. From Blackrock’s CEO, who compelled investors to reassess core assumptions about modern finance based on the evidence of climate risk, to IBM’s commitment to achieve net zero greenhouse gas emissions by 2030 across the more than 175 countries where it operates, large international companies are leading the way in climate innovation. But altruism alone is not driving this change. As demonstrated in the Global Commission on the Economy and Climate’s New Climate Economy Report, companies in the CDP Climate Leadership Index (those companies taking the strongest action in response to climate) outperform their peers in stock market value and financial performance. As the report notes, achieving the 17 UN Sustainable Development Goals could open a market opportunity of $12 trillion by 2030.

Through a continued investment in climate mitigating technologies, innovative businesses can provide leadership and global purpose. Companies both large and small are becoming part of the solution by actively taking bold steps to become climate-positive enterprises. This accords with the ambitions of major economies and governments, including the US. 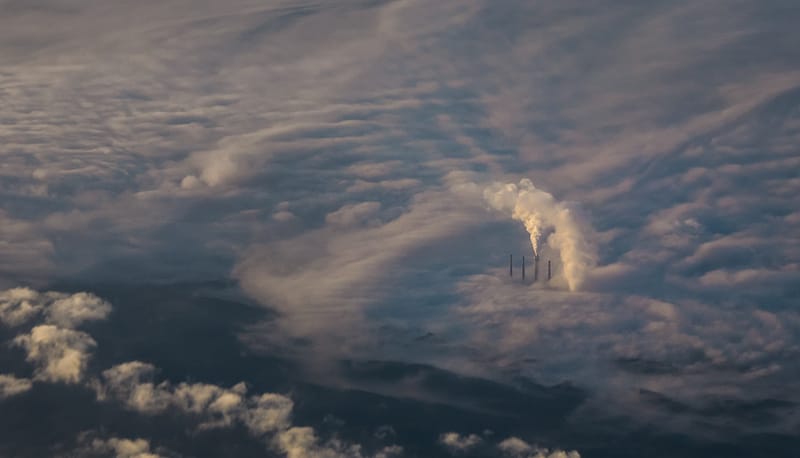 To put it in context, companies that are carbon neutral ensure that their operational activity releases zero carbon emissions into the atmosphere. To be climate positive a company’s activity goes beyond achieving net-zero carbon emissions by removing additional carbon dioxide from the atmosphere—which is necessary to prevent the earth’s temperature rising unnecessarily.

In fact, becoming climate positive through operational or mitigation methods has become the holy grail of innovation in technological advancement. So much so that the Elon Musk Foundation has recently funded the X-prize, a $100 million carbon removal competition, the largest incentive prize in history, to crowdsource solutions to the world's grand challenge. Now in its registration phase, this four-year global competition invites innovators and teams from anywhere on the planet to create and demonstrate solutions that can pull CO2 directly from the atmosphere or oceans and sequester it durably and sustainably. To win the grand prize teams must demonstrate a working solution at a scale of at least 1000 tons removed per year, model their costs at a scale of 1 million tons per year, and show a pathway to achieving a scale of gigatons per future years.

Part of the incentive is a separate $20 million prize aimed at inspiring chemical, mechanical, civil, and material engineers to turn that carbon into products. Already this has led to the manufacture of a diverse range of products from sunglasses and clothing to concrete tiles, toothpaste and, yes, vodka.

Successful CO2 extraction solutions will not hinge on a technological silver bullet but rather a range of carbon removal solutions and technologies. And removing emissions is only part of the challenge to decarbonize all sectors of the economy, which will require the deployment of renewables and the adoption of hydrogen and electric vehicles, as well as improved energy efficiency—all of which create opportunities for product innovation and entrepreneurial thinking.

The urgency to mitigate climate change by 2030 will require government regulation and increased public-private collaboration. Many CEOs are taking action, but huge challenges remain to achieve ambitious climate targets. 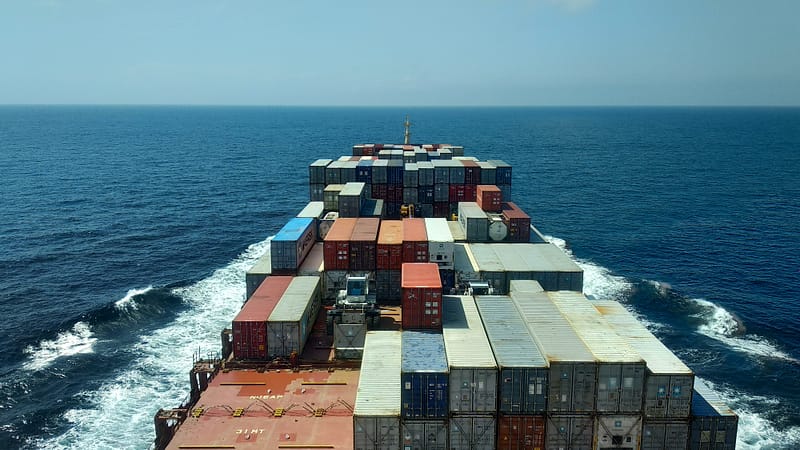 Why Companies Must Lead Climate Innovation

Since the problems of climate change are truly global and stretch across multiple interconnected regions and territories, solutions need to be global. This is where multi-national businesses are uniquely positioned to influence policy, research, economic development, and social change. A recent article by Nicole Systrom on the World Economic Forum website outlines three keys ways such companies can use their influence and acumen to get to net-zero.

First, they can support early-stage entrepreneurs in developing technological innovations to produce scalable solutions. Through corporate philanthropy, the private sector can partner with their respective governments, innovation hubs or NGO’s to support promising new developments.

This approach runs counter to the traditional model of research funding where primary research is a systemic investigation developed through grants and government investment, with corporations typically funding secondary research through foundations and industry partnerships when enough data is generated to produce a market-ready product or innovation. While contributing to a pool of scientific entrepreneurship, priority is usually given to technologies that are relevant to the corporation’s core business.

Offering early-stage grants can help innovators develop solutions that will eventually enable companies, customers, and suppliers to reduce their carbon footprints. Continuing this supportive relationship through early-stage research and development may lead to the launch of energy or manufacturing businesses in the future. In the US, for instance, the Department of Energy hosts programs that support climate entrepreneurship by connecting top scientists and engineers to US national laboratories to perform early-stage research and development.

Second, solutions don’t always have to involve capital but rather a company’s influence within its respective industry. Early-stage entrepreneurs often lack the capacity and expertise to engage with policymakers, which can limit their primary funding options and effectiveness with regulators. A corporation’s endorsement that draws on its experience of engagement with government policymakers can position climate innovators in front of the right audience with the necessary platform.

We need more leaders who are ready to ask: how does my company reach net-zero? If current technology doesn't get us there, how can we support the research and start-ups that could? As Jesper Brodin, the CEO of Ingka Group, which owns IKEA, put it: “We have definitely shifted the dialogue from the why and are now focused fully on the how.”

The third solution is aimed more specifically at setting corporate zero-carbon goals that show the correlation between sustainable aspirations and measurable impacts. That means making net-zero part of a company’s business strategy, which requires a root and branch review that includes what it produces, how it operates, and how those actions carry across to vendors and supply chains. This strategy would hinder multi-national corporations from going into developing nations and exploiting the natural resources and low-cost labour for accelerated profits, while causing large-scale environmental degradation and taking little or no responsibility. It would also deter the multiple instances of multinational firms polluting more in countries with lax environmental regulations than in their country of origin where regulations are generally stricter.

Leadership requires companies to use their influence positively and operationally follow best sustainable practices. Interestingly, this attitude resonates with the expectations of Gen Z (soon to make up 30% of the workforce) that advocates for transformative leadership, co-created solutions, and an end to exploitative practices.

Among some of the largest companies, a recent Fortune survey reported that over half have already taken steps towards zero-carbon emissions, although many have little or no plans in place. Fortunately, there is a realistic pathway to achieve the three steps outlined.

Want to know more? In this post, Part 1, we’ve considered the strategies and leadership needed to create a climate positive environment. In Part 2, we discuss becoming climate positive.

Based in IA’s London office, Rob Atkinson is a sustainability/wellness subject matter expert and frequent blog contributor. With over 20 years of design industry experience, he has worked on projects in Asia, the Middle East, and Europe.