At IA, Wellness by Design

At IA, Wellness by Design

EGD: Taking it to the City

EGD: Taking it to the City
Load More 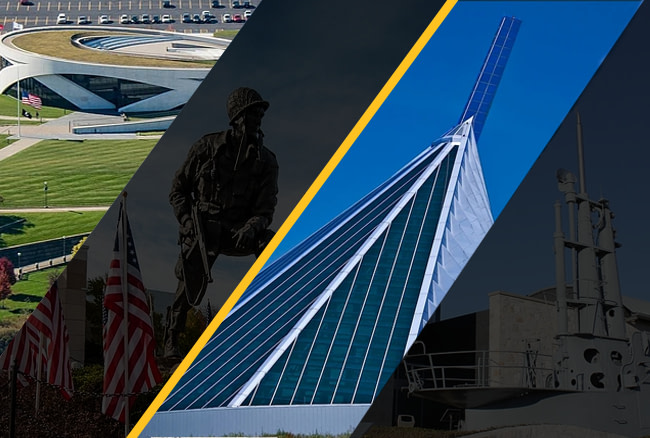 War memorials are sacred spaces designed so that visitors may recall and reflect on the sacrifice and bravery they commemorate. But why do memorials exist, and more importantly, why do these buildings, sculptures, or set-aside lands hold meaning long after the events have passed?

In the aftermath of the Battle of Gettysburg (July 1, 1863- July 3, 1863), the most terrible battle of the American Civil War, the task fell on the local town to memorialize the site and deal with the horrific consequences to its people and the surrounding countryside. When President Lincoln came to visit the site in November 1863, he delivered his Gettysburg Address to a crowd of onlookers who came to honor the battlefield and the men who had perished there. In his speech, he painted a picture of hope for the Union and answered our question about the sacredness of such spaces.

“We are met on a great battlefield of that war. We have come to dedicate a portion of that field, as a final resting-place for those who here gave their lives, that that nation might live. It is altogether fitting and proper that we should do so. But, in a larger sense, we cannot dedicate, we cannot consecrate—we cannot hallow—this ground. The brave men, living and dead, who struggled here, have consecrated it far above our poor power to add or detract. The world will little note, nor long remember what we say here, but it can never forget what they did here.” -President Abraham Lincoln, 1863

Visiting Gettysburg National Military Park today reveals a serene landscape of rolling grass-covered hills and a historic town that bustles with activity. And yet the scarred walls of the older buildings and the overall atmosphere of the place are reminders of what happened over 100 years ago. Like an echo emanating through time, the battlefield and what transpired there hold the same special significance today that they held the day of President Lincoln’s speech. Reverberations from past conflicts and heroic acts compel our recognition, gratitude, and respect: these are what we remember on Memorial Day.

At IA, we understand how space and its purposeful use influences experience. While the land itself can tell a story at locations such as Gettysburg, the feelings that it imparts to visitors can be magnified with the help of architecture. This Memorial Day we have curated a list of museums that honor our armed forces that also demonstrate how space and architectural techniques can communicate feelings to their visitors similar to how sacred landmarks such as Gettysburg can.

National Museum of the Marine Corps 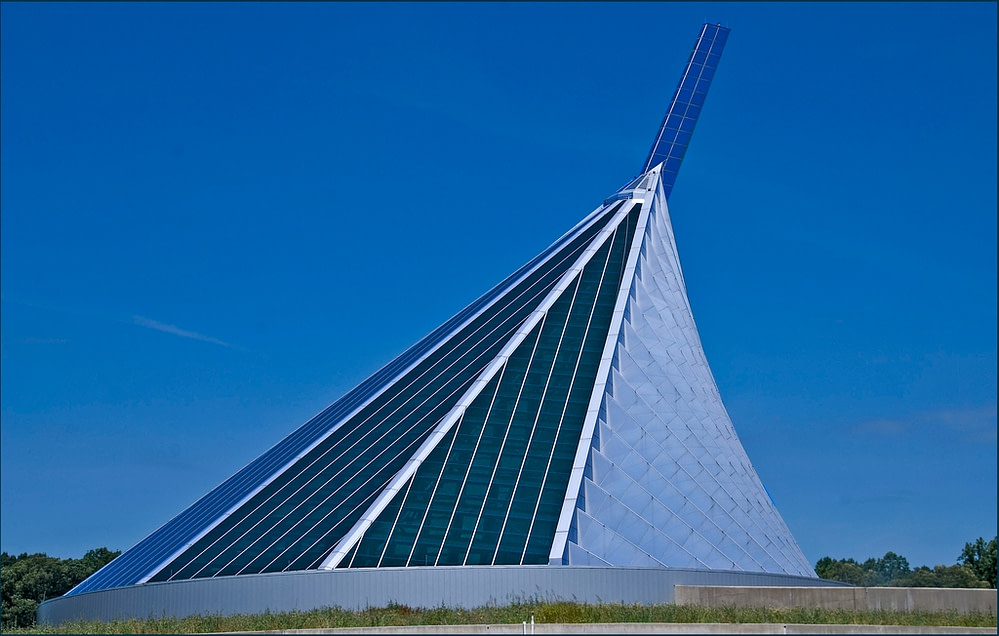 Housing the history of the Marine Corps, this museum with artifacts and historical relics on display honors those who have served as Marines. Rising above the tree line, the building’s configuration evokes the flag-raising on Iwo Jima by the Marines during that critical battle of World War II and the famous photograph that captures the moment.

Honoring all five branches of military service from all eras of United States military history, the National Veterans Memorial and Museum focuses on the experiences and contributions of America’s military. The museum’s massive concrete arches allude to the strength of our nation’s veteran community and how “their strength emanates from within.”

Celebrating the 80-year heritage of Army Airborne and Special Operations, the building's façade incorporates a parachute jump training platform as a central feature. To bring visitors closer to an understanding of the history of the Army Airborne, exhibit layouts reference the battlefield scenery of famous engagements.

National Museum of the Pacific War

Built to honor the men and women who served in the Pacific Theater of World War II, the museum is in part managed by the Admiral Nimitz Foundation. Because of the importance of the sea in that theatre of the war, the museum is heavily influenced by naval architecture and design cues are taken from the ocean itself, especially in the stonework that leads visitors into the museum entrance.

This Memorial Day and every day we honor the sacrifices of our brave men and women in uniform.

There are many organizations and charities that work to enhance the lives of our military and their families. This year we have made a donation to 4 Paws 4 Patriots, a charity devoted to partnering disabled veterans and first responders with service animals. If you are interested and want to know more about their mission, please visit their website at 4paws4patriots.org.