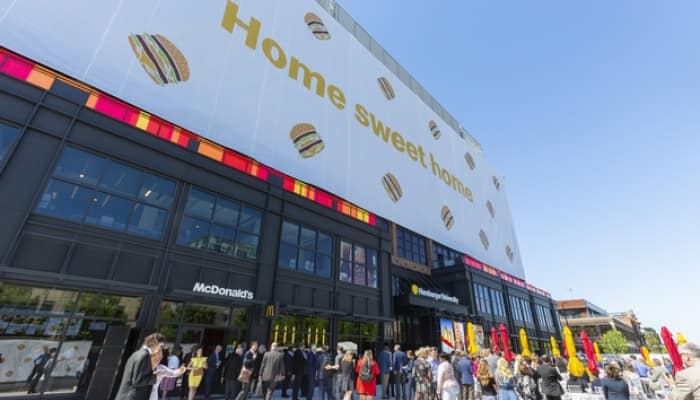 Nearly two years to the day after Crain’s reported that McDonald’s was moving its headquarters downtown, the burger giant unveiled its shiny new West Loop digs to a crowd of media, executives and politicians including Mayor Rahm Emanuel.

The 490,000-square-foot, nine-story building, which takes up the entire city block along Randolph Street between Carpenter and Abderdeen streets, features mostly open workspace with colorful seating, a dramatic three-story interior staircase and lots of outdoor terraces. Some 2,000 corporate employees who work for both U.S. and global operations are now fully in place after a monthlong transition from McDonald’s longtime Oak Brook campus.