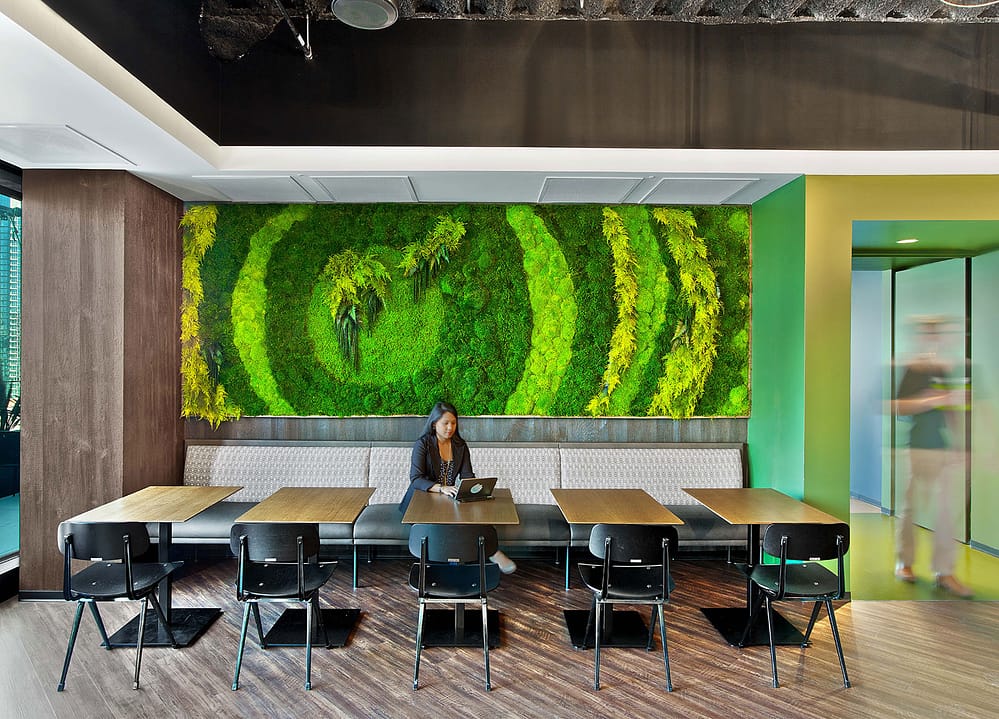 Employees have access to a cafeteria and microkitchens stocked with free food, along with a fitness center — hallmarks of a tech startup office. But there’s also a roof deck, a dramatic lobby that’s open to the public, and a smattering of quirky features and built-in games throughout the office. IA Interior Architects designed the interiors, a spokeswoman confirmed to FORBES.