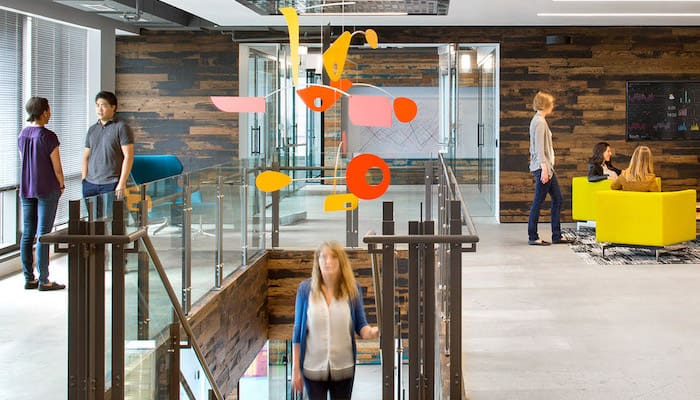 According to a 2016 Gallup poll, less than one-third of millennial employees are actively “engaged” with their jobs—a term the research group defined as “emotionally and psychologically attached to their work and workplace.” The Gallup study also found that only half of millennial workers plan to be at their current job in a year’s time and that six in ten are open to other work opportunities, making it one of the least engaged workforces in generations.

Though Gallup called these findings “troubling,” it said millennial needs are not that different from previous generations of employees; the main way to address the issue of engagement is to simply better understand and support the way in which millennials work.

This is a key concern for Shane Katsoolis, the former design director of the global interiors firm IA Interior Architects. The firm—whose portfolio includes offices for LinkedIn, Bacardi, Mercedes-Benz, and many other companies—is focusing on how spaces can facilitate mentoring by getting “managers out of the offices into the workplace and into a collaborative environment,” says Katsoolis. This includes designing commons areas and making workplaces flexible so that office environments can adapt on a project-to-project basis.