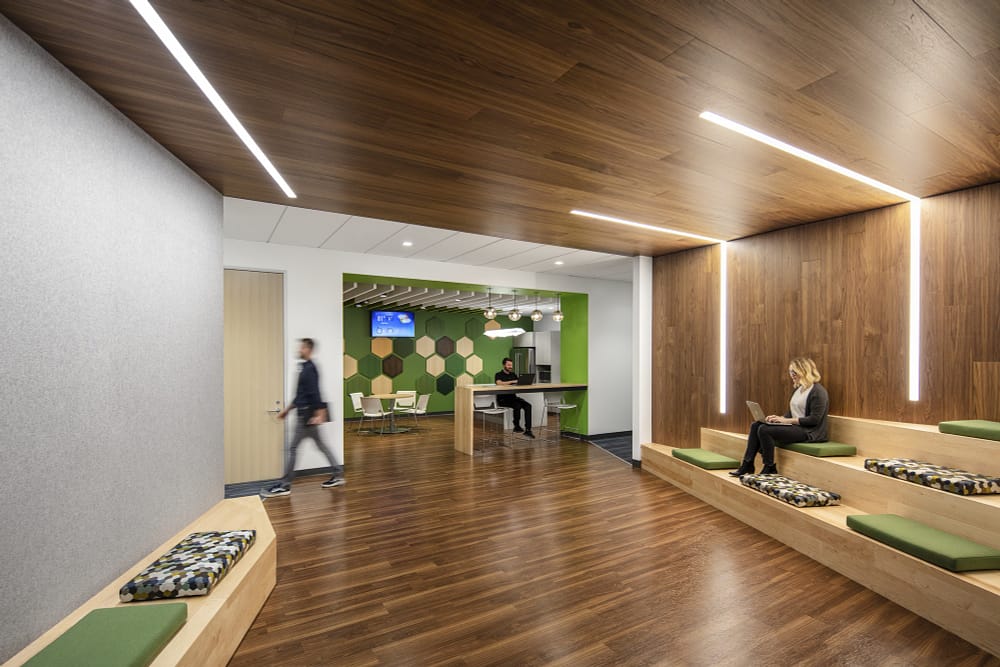 A recent study out of the School of Design of Shanghai Jiao Tong University published in Indoor and Built Environmen explores the impact of specific lighting conditions on different work types.

Using a climate-, light-, and acoustically-controlled room in a “Climate Chamber” housed on the campus, researchers were able to test how participants performed under different lighting and acoustic conditions. After being given time to acclimate to a particular lighting environment, each participant was asked to complete a variety of tasks that included memory testing, picture recognition, arithmetic, reaction time, and a survey describing their comfort level in completing those tasks. Because these tests were designed to measure memory, visual performance, spatial orientation, and thinking, they were referred to as “neuro-behavioral test items.” In addition, researchers collected a sample of the participant’s tears (tear mucus), knowing that recent research suggests that the crystallization of said tears would correspond to the level of eye fatigue or visual discomfort felt by each participant.

All participants were subjected to comparable neuro-behavioral tests under different lighting conditions while factors such as humidity, temperature, and more were kept uniform. In this way, the study was able to isolate how each of three specific lighting variables impacted productivity. 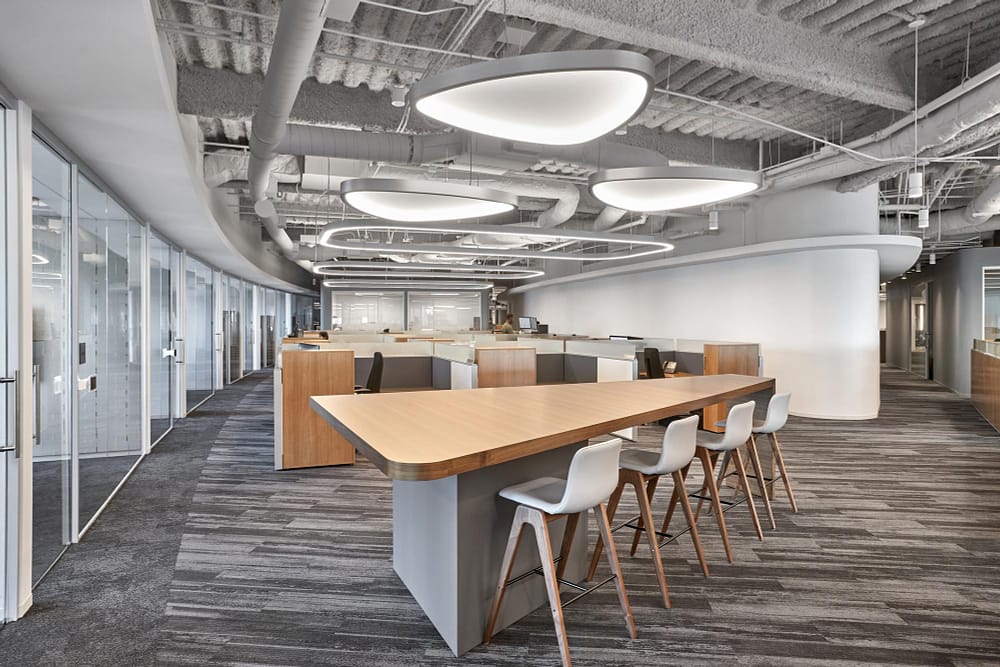 Illuminance, one of the variables tested in the study, measures the brightness of a light source relative to the surface area it is illuminating.Illuminance is one of many measures of lighting output that can be applied to the workplace. Confidential Client, Chicago, IL. Photography © Garrett Rowland.

When researchers manipulated the lighting conditions, they specifically altered the following three variables:

ILL (Illuminance) — Illuminance is the total measurable value of lighting output on a surface, per unit area. In other words, it is a measure of how “bright” a light source can make a specific surface area.

CCT (Correlated Color Temperature)—The hue and saturation of light (the color) measured without taking illuminance into consideration (brightness). This is generally measured in K (Kelvin).

By testing multiple lighting variables at once, the researchers were able to come to a variety of conclusions about lighting conditions. 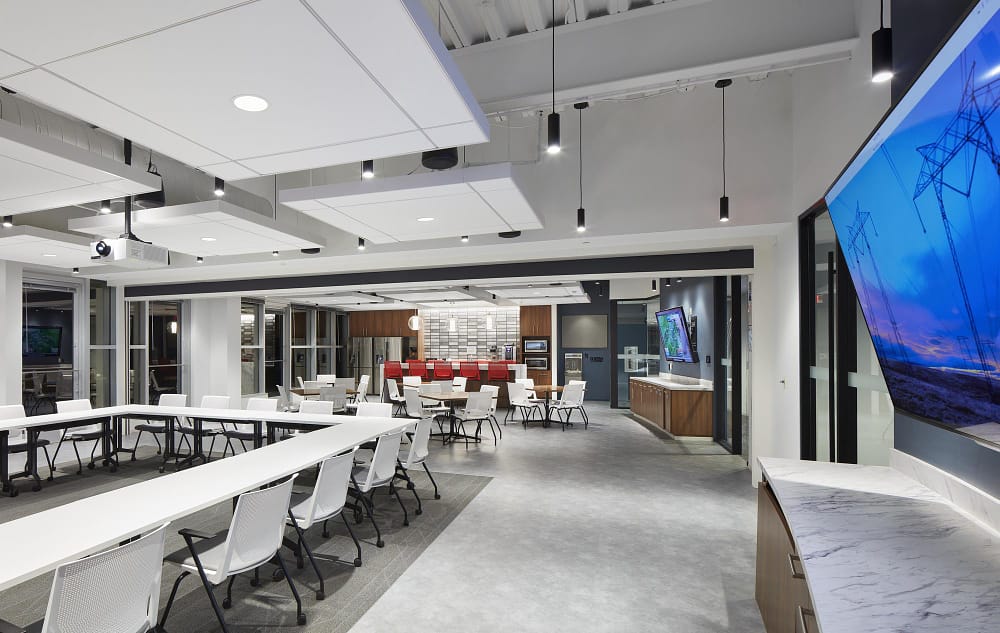 The study acknowledges that there are many ways in which future studies can improve upon their research (such as larger sample sizes and a testing group that is closer in age to the average workplace, as all participants were between 22 and 27 years of age). Still, many of the study’s findings have practical implications in the arena of workplace design.

If an organization is able to measure the ROI of incremental improvements in efficiency, it stands to reason that this study would allow facilities managers to correlate the creation of customizable lighting environments (with the proper change management) to increased profitability. While further research is needed to see how the results vary among different demographics, it can be said with certainty that different types of work call for different lighting solutions.

Workplace design thinking is evolving at the fastest pace in decades, and one word seems to be on everyone’s lips: hospitality. At the same time, a wholesale pivot to a pure hospitality design approach (an all-out sprint for the luxurious and engrossing aesthetic of the boutique hotel or hot new restaurant) is an overreaction. Admittedly, END_OF_DOCUMENT_TOKEN_TO_BE_REPLACED

Above and Below: Natural Light

Above and Below: Natural Light
Load More