Saving the Earth With Fungi 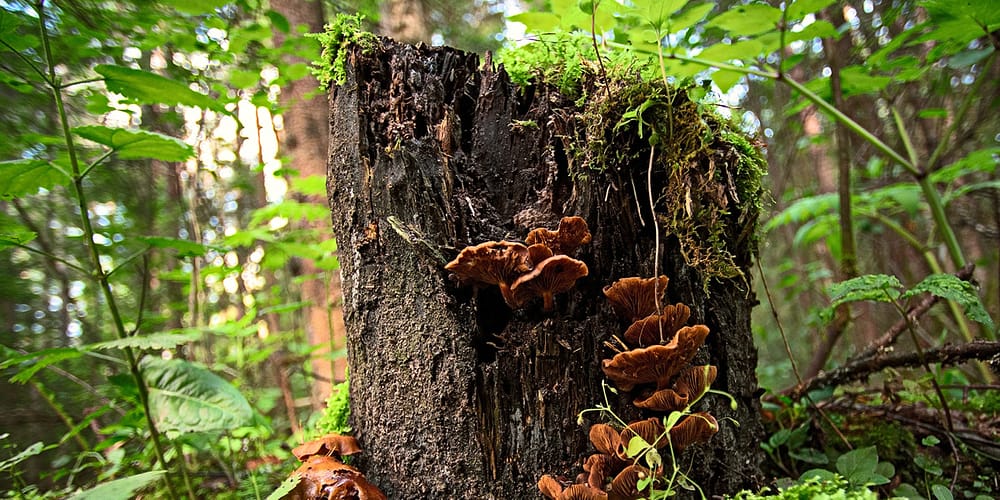 The possibilities are tantalizing.

Building materials made from mushrooms, more specifically fungi, may well portend a huge step forward for environmental sustainability and the elimination of toxic waste. The possibilities are enticing and exciting as companies on both coasts sign-on to develop multiple aspects of this new technology. Building materials made from mushrooms are resilient, sustainable, recyclable, non-toxic, flame-resistant (no fire retardants required), insulating, bullet-proof, waterproof, petrochemical-free, and, of course, organic. Made form fungi, they are self-binding, negating the need for toxic glues, can be painted, and are compostable when no longer needed. 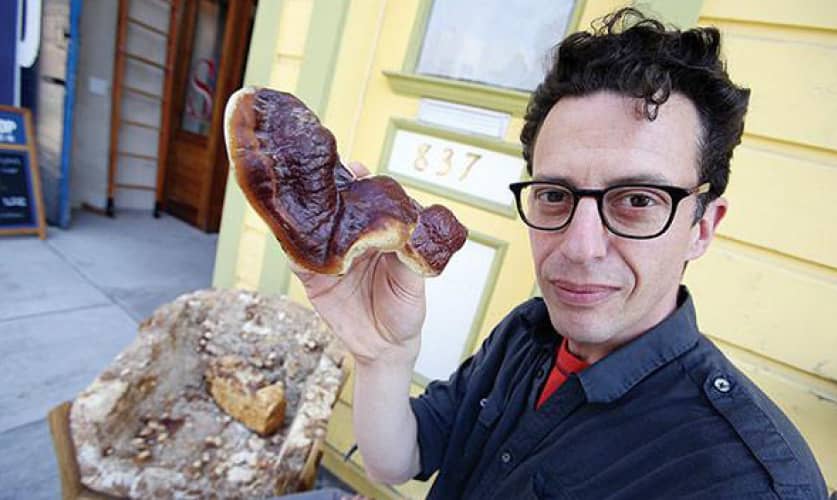 Who came up with the idea?

Over 20 years ago, artist Philip Ross, a Stanford graduate and current assistant professor at the University of California, began experimenting with materials made from mushrooms. His first notable venture into building with mushrooms was a teahouse made from Reishi mushroom bricks, which he later boiled down into tea for gallery visitors. With continuing success, Ross co-founded MycoWorks, one of many companies focused on developing a plethora of products (including apparel) made from fungi, which MycoWorks calls the industrial material of the future.

How does it work?

In essence, the fungi do the work; they are the manufacturing process. The roots of mushrooms, called mycelium, form an interwoven network that feeds on organic waste and can be molded into practically any shape. Grown in rectangular boxes with an organic substance to feed on, such as sawdust or cornhusks, the mycelium will proliferate and form bricks. The process takes days or a couple of weeks depending on the desired density. Each brick is then dried to kill the organism, otherwise it will continue to grow and, yes, produce mushrooms. 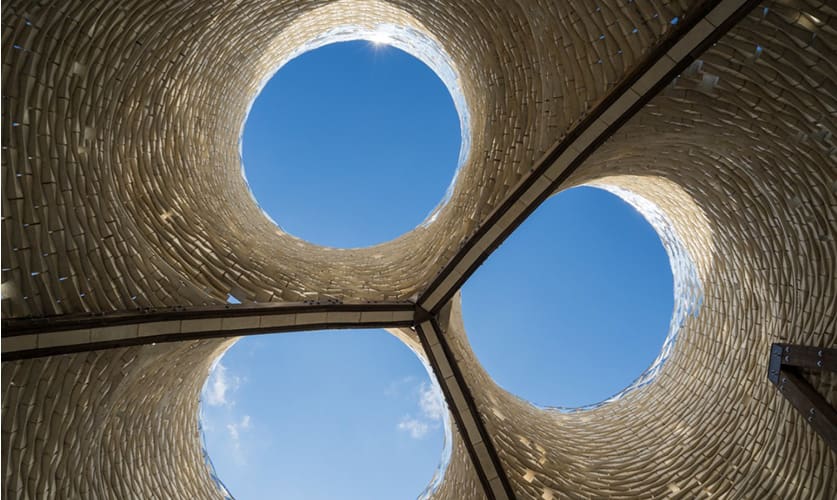 Experiments at Philadelphia University showed that different growing conditions do affect outcomes. For example, more moisture and less air will produce denser material. Different molds produce different products, including custom packing materials that are replacing Styrofoam (which takes 500 years to biodegrade), as well as applications in the automotive industry and for the manufacture of surfboards and more. The aesthetic effect of the new material is another factor in its favor not lost on The Living, an architectural team that built a 40-foot tower of mushroom bricks—installed at MOMA PS1 as winner of the Young Architects Program competition and centerpiece for the venue’s 2014 summer Warm Up concerts. Based on an idea floated by Ecovative, a research company focused on developing the uses of mycelium, the team worked with structural engineers Arup to make sure the tower, consisting of 10,000 bricks, was sound. Three different molds were used, filled with organic matter and fungi spores, and it took about five days to create the inexpensive and efficient bricks.

Fungi as literally the building material of the future is an agenda to be watched, and just in case you would like to dabble in this new technology Ecovative has made that possible.

Workplace design thinking is evolving at the fastest pace in decades, and one word seems to be on everyone’s lips: hospitality. At the same time, a wholesale pivot to a pure hospitality design approach (an all-out sprint for the luxurious and engrossing aesthetic of the boutique hotel or hot new restaurant) is an overreaction. Admittedly, END_OF_DOCUMENT_TOKEN_TO_BE_REPLACED