The City Needs Us More Than Ever 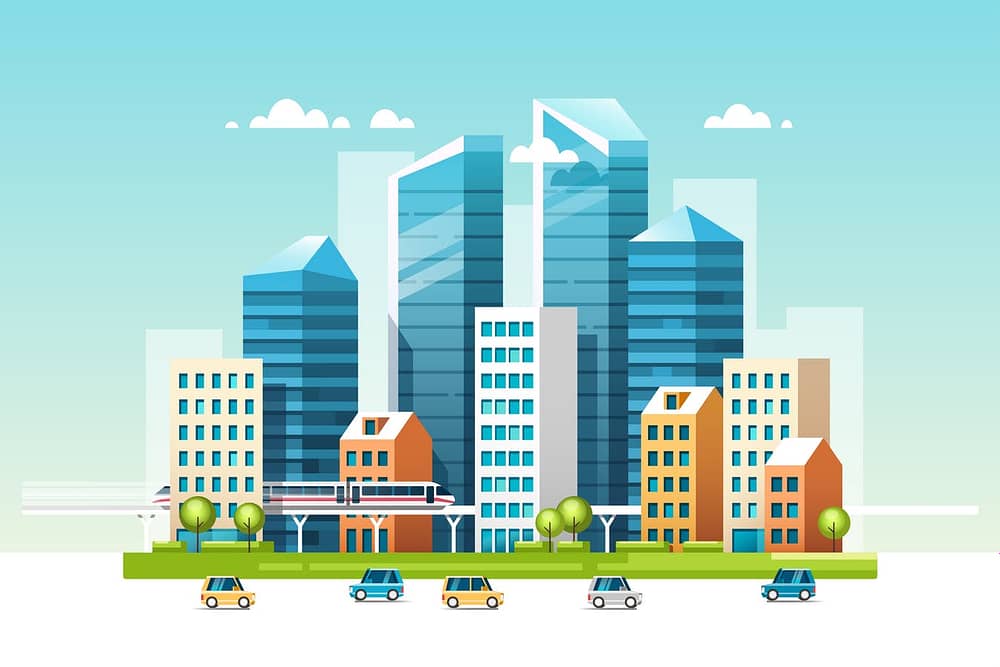 When I first moved to New York City, two weeks after 9/11, I quickly learned that despite its size the city is scaled by the communities where one lives, works, and socializes. The guy at the coffee cart outside your office who knows your name or the traveler on the subway in the morning that you see almost every day, but have never spoken to, or the bartender at the restaurant around the corner from your office are all part of that community. There is a type of solidarity around neighborhoods and daily routines, a feeling of being in it together that is palpable. This fabric of relationships makes New York City human scaled.

At the end of September this year (2020), occupancy rates in NYC’s office sector were at 10%. The Covid-19 crisis and the safety issues it created, as well as the coincident period of social unrest, has shined a light on how important the office is beyond its function as a place to conduct business. The office, made up of people that have ties to the immediate neighborhood, is on pause at the moment, which has a profound effect not only on the business the office supports but on the city’s daily ecosystem.

Many organizations, large and small, are still asking employees to work from home due to very real health and safety concerns. Our daily patterns have changed. The pre-pandemic commuting of upwards of 1.61 million daily commuters has been stymied, and the MTA reports an average reduction in daily ridership of 70% from the 8 million rides per day in 2019. In Manhattan, the number of commercial leases being signed have decreased by 64%. The Covid-19 surge we're currently witnessing will only make things more challenging.

The decrease in the number of office workers has had a profound impact on neighborhoods around the city. Mid-Town, a neighborhood depending on office tenants and tourists for support, has seen a decrease in foot traffic of over 90%. Neighborhoods, such as the West Village, where there is a higher mix of residential to commercial spaces, are doing better but are still suffering from a lack of street life that is damaging the retail and hospitality sectors.

The office is a vital part of the fabric of not just NYC, but any city. It draws workers into different neighborhoods every day, and the support of those workers for neighborhood businesses is critical to the local economy. In the city, iconic retail and service establishments are hurting badly—even the Oyster Bar at Grand Central may not survive. While there is a temptation to say press on, get back to the office, and restart the economy, science makes a case to the contrary.

Clearly, the early spike of the virus in NYC has created a culture of caution. The return of the economy of the city hinges on the success of vaccination and treatment. Until a basic guarantee of safety is realized not only for the office but for retail and hospitality spaces, not to mention public transportation, people will avoid leaving their homes. Now that vaccines have been announced we are optimistic that it is a matter of when, not if, the city will return to the office. Despite the surge we're seeing this winter, the office and the city at large will endure.

The pre-COVID office was doing pretty well. In the past few years investments by organizations have changed the landscape of the office. Gone is the post-2008 recession office where cost savings ruled and generic, dense, uninspiring landscapes predominated. The pre-Covid office had evolved to a highly curated experience to support and promote the culture, mission, and needs of organizations and the people the workplace supports. The workplace had shed its one-size-fits-all mentality left over from the recession, and spaces were being designed to fit the needs of differing personae and tasks within organizations. Once only focused on LEED, companies were beginning to evaluate other sustainability programs such as Well and FitWell that focus more on user, building, and the environment's wellbeing.

However, after experiencing work from home for the past nine months there are lessons to be learned. The first, and potentially most impactful, is that we have learned a lot more about our colleagues, leading to an increase in empathy as we’ve adjusted our schedules and collaboration to accommodate working from home, frequently amid family responsibilities. Second, while work from home worked well for many, others struggled with the lack of structure, their physical space, or the presence of other family members during the work day. We learned that home can be another effective work setting and sometimes even more conducive to focused work. Work does not have to be done at a desk or workstation (when asked what will be the biggest change to the post Covid-19 office, one client recently answered, “Blow up the workstations!”). Finally and importantly, while businesses have been in continuity mode, innovation and relationship building have suffered, creating a compelling argument for a return to the office. From these lessons, the office will emerge stronger.

As design practitioners, our first priority is the safety of the people for whom we design. We have known for some time that health and wellness needs are as much a matter safety as they are of good design. Anyone who has ever lived with the blazing steam heat provided in pre-war city apartments may be surprised to know that those heating systems were designed as a direct result of the Spanish Flu so that people could leave their windows open for ventilation during the winter. Today, in our sealed and energy efficient modern buildings, a new level of ventilation system is being designed that is not only more efficient but healthier. As companies actively support a healthy workforce, we have seen an increase in the importance of the Well Building Standard.

Potentially the most significant change coming out of the crisis in the office sector will be the adoption of choice based strategy (CBS) as well as a shift to fluid environments. CBS is a concept where employees are provided with options about where, when, and how they work, skewing the title-based space assignments of past workplace strategy programs. Letting employees decide where they work best to perform a particular task individually or as part of a team enables an organization to alter the 1:1 assigned workstation paradigm and free up space (potentially saving square footage). The choice to work from home or from a third space and come into the office for collaboration or at user preference will allow the office of the future to reimagine how the organization will bring its employees together.

With the expected rise in CBS, the office, as the organization’s center, will need to act as a beacon to attract users. The focus of the new workplace will be team collaboration, socialization, learning, inspiration, and focus work, and as a result, the office landscape will change dramatically. Spaces already designed for flexibility pre-crisis will need to be modified for hyper-flexibility or fluidity. With technological advances, the emphasis during the next five years will be on agile infrastructure design so that the actual build out will be as fluid as possible, enabling organizations to increase resiliency and accommodate future business interruptions.

Interestingly, many of our clients are beginning to see opportunity in vacant retail spaces not traditionally considered for office space. With an unfortunate glut of retail space on the market from shopping malls to small urban retail space, this is the moment to begin to redefine street level commerce and activity.

“Grit is often the single-most predictor of success”- John Lehrer

I find myself thinking back to the days when I moved to the city just after 9/11. I saw the resiliency, strength, and solidarity that New Yorkers rallied around. While the current situation is unique to all others, what remains is NYC’s grit and determination to rebuild the city sustainably with resiliency and equity. I am inspired by the opportunity the crisis has provided to think differently about the office and its contribution to the urban fabric. As we focus on recovery, we have the opportunity to learn from the past and create a better path forward for all involved in the city’s resurgence.

Design Director and Principal John Capobianco is passionate about design’s ability to impact organizational performance and the triple bottom line. During his 23-year design career he has worked with clients as diverse as You Tube, the United Nations, Google, LinkedIn, Mitsui, Marc Jacobs, and NASDAQ.

Capobianco holds an MPS Design Management degree from Pratt and a Bachelor of Science in Interior Architecture from Wentworth Institute of Technology. His work has been published in Interior Design Magazine, Fast CoDesign, Dezeen, The New York Times, Inc., New York Post, and Los Angeles Times, among others.

Workplace design thinking is evolving at the fastest pace in decades, and one word seems to be on everyone’s lips: hospitality. At the same time, a wholesale pivot to a pure hospitality design approach (an all-out sprint for the luxurious and engrossing aesthetic of the boutique hotel or hot new restaurant) is an overreaction. Admittedly, END_OF_DOCUMENT_TOKEN_TO_BE_REPLACED