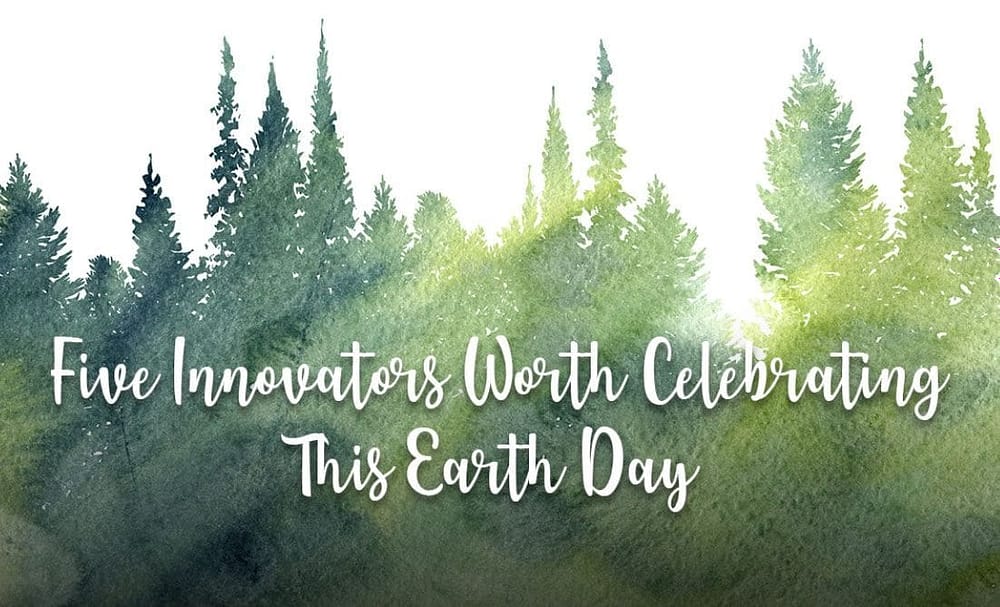 There was a time when the most notable environmentalists weren’t inherently technical people. Poets, photographers, biologists, media personalities and the drivers of government initiatives have been celebrated for decades for leading the charge in caring for our planet. And while there’s no doubt that many environmentalists still do fall into that category, there is more than ever a growing population of defenders of nature who are better described as technological innovators. To help celebrate Earth Day, we’d like to draw attention to five such individuals who are using technology to save the world.

After Christian Kroll graduated from college, he did what many recent graduates do – took a break year. Unlike many graduates, however, Christian’s break year was unique in its scale (he would spend over a year traveling the world) but also what it inspired. Shortly after returning to his native Germany, Kroll launched an internet search engine named Ecosia. An amalgamation of Bing, Yahoo, and homegrown algorithms and technologies, the service is comparable to many popular search engines, but instead of returning ad revenues to shareholders or founders, 80% of profits are returned to Mother Nature. To date, Ecosia has used these funds to plant over 55 million trees, and offers a private, Carbon Neutral, Transparent, and nature-friendly alternative to Google and Bing. With easy-to-implement Google Chrome Extension, and Microsoft, Apple, and Android Apps, using Ecosia is a nearly effortless way to help the environment that began with a creative tech innovation.

Druv Boruah’s contribution to the environment, unlike most of our other innovators, doesn’t have much to do with his creation itself. While we will give credit where credit is due for his ingenuity in engineering a bamboo bicycle that can travel on the river Thames, the reason we celebrate him is more a matter of public relations. The concept is simple. The self-described adventurer and entrepreneur rides his floating contraption down waterways or across bays and marinas picking up plastic floating debris. In this sense, his impact is rather minimal, but as he put it in an interview with CNN, “Cleaning up is not what I’m trying to do here – it’s about raising awareness.”

Boruah is the founder of The Thames Project, an organization based in London that holds awareness events everywhere from Old Amsterdam to New Amsterdam. By having a presence at festivals and rallies, maintaining a GIS Litter Discovery Map, and answering questions from passersby who, understandably, are curious about his floating bicycle, they’ve managed to draw attention to petitions and legislative initiatives. In addition, The Thames Project has also spawned events and similar non-profits around the world that also seek to create environmental awareness via the use of bicycles and Shuttle Bike Kits.

If you’ve been to Baltimore in the past decade, there’s a good chance you’ve at least driven by the inner harbor. Home to the National Aquarium, the iconic Domino Sugar Factory, the Hard Rock Café and, as of the last decade, Mr. Trash Wheel. 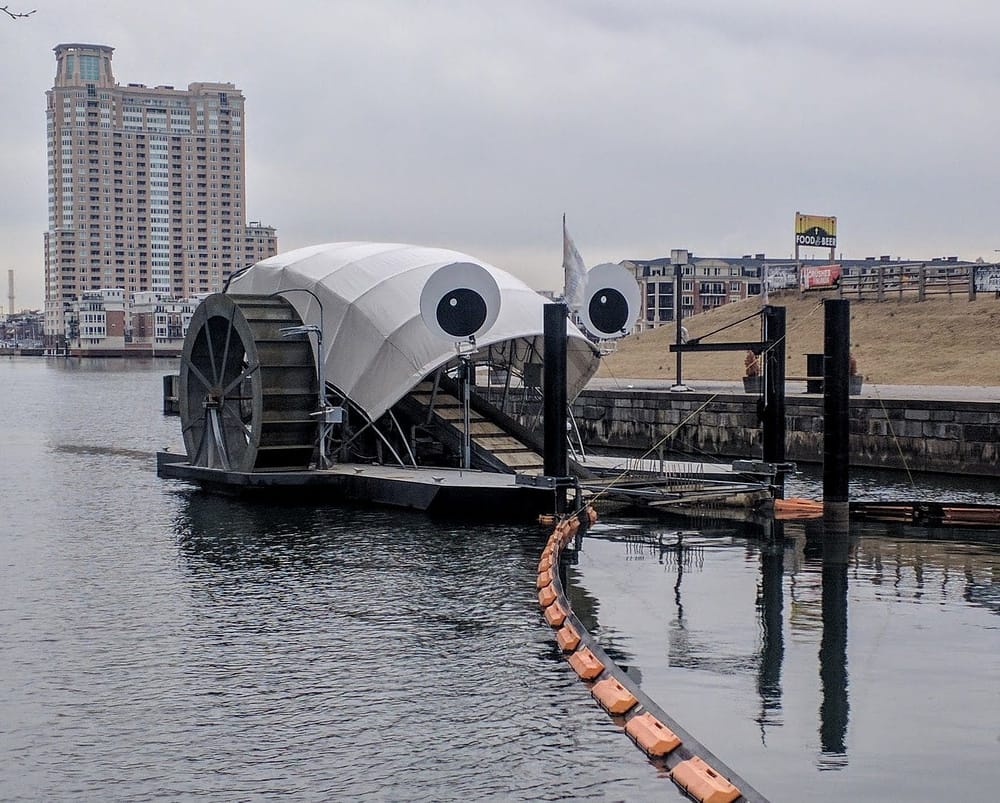 The Inner Harbor Water Wheel hasn’t always been known by this proper title. It’s primarily due to a grassroots Twitter campaign that the device has since been anthropomorphized. Now, nearly a dozen years later, Mr. Trash Wheel has a name, nearly 19,000 Twitter followers, and a bit of a cult following.

Don't get FOMO because you missed out on the greatest secret society around. Pledge and prove your worthiness at https://t.co/5z2c4sEJ9L. pic.twitter.com/XF0IfiXGQk

But besides being an environmental icon in the Baltimore area, Mr. Trash Wheel has been responsible for removing hundreds of tons of trash from the inner harbor. Mr. Trash Wheel is a significant contributor to an initiative of the Waterfront Partnership of Baltimore to make the harbor fishable and swimmable by 2020.

To thank for this innovation is John Kellett who invented and launched the Trash Wheel in 2008. Now the founder of Clearwater Mills, Kellett is also responsible for the launching of two other members of the Trash Wheel family dubbed Professor Trash Wheel and Captain Trash Wheel. All three are based on the same underlying technology that allows a floating vessel to pull waste into one of two on-board receptacles utilizing a conveyor belt. While his technology is only one of many being considered for broader ocean cleanup initiatives, one could certainly argue that his has made the most immediate impact of any alternative already in existence.

Boyan Slat entered the world stage in 2012 after a TEDx talk in Delft went viral. His speech centered around an epiphany he had while diving in Greece, after he’d noticed that there was more trash than wildlife surrounding him. One school project, seven years, and $30 million+ in funding later, he is now the founder of The Ocean Cleanup.

The plan has changed little since its first public description. The Ocean Cleanup aims to remove the five most significant ocean garbage patches in the world via a system of “skirts” and “floaters.” The team deploys large nets that take advantage of the natural movement of currents to position the system in a U shape, allowing trawlers to pull waste out of the ocean via a net. After over 200 tests the first system was deployed in October of 2018.

Besides devising the system of waste removal, Slat deserves credit for recognizing (and selling) the potential profitability of this arrangement. As he noted in his TEDx Talk, removing trillions of items of plastic waste from the world’s oceans would not only save the commercial boating industry millions of dollars in maintenance costs from garbage-related damage, but the resale of any plastic waste collected would do more than enough to offset the cost of developing his technology.

After nearly four months of purportedly successful operation, System 001 (the only working waste removal system The Ocean Cleanup has deployed) had to return to shore for repairs, but all signs point to Boyan Slat’s waste removal concept being a commercial and environmental success story in the making.

Panchos were just the beginning. Kevin Kumala and some friends were sitting at a bar one rainy day when they noticed the number of motorcyclists wearing plastic raincoats. A visit to a nearby landfill the next day confirmed their suspicions. “[We] were amazed by the number of discarded plastic raincoats. So the light bulb went off, and not long after, in mid-2014, we came out with our first product: the biodegradable rain poncho.” Largely utilizing a starch derived from the Cassava plant, Kevin Kumala and his team at Avani was able to create a plastic-like product that has offered an environmentally-friendly alternative to many modern packaging materials. While some of their bioplastics (like the poncho) are both water-resistant and biodegradable, others (like their plastic bag) dissolve in water. In several media appearances, Mr. Kumala has gone so far as to demonstrate the eco-friendly nature of his plastic bags by dissolving them in water and subsequently drinking the water. With a full line of products available for commercial sale, Mr. Kumala and Avani are taking it upon themselves to address the issue of plastic waste which has impacted the beaches of Bali in such dramatic fashion.

Tech Will Help Save the Planet

It is thanks to innovators like these that IA has been able to incorporate environmentally-friendly products and methods into our process for the past 35 years. Advances in eco-friendly lighting technology, the carbon-neutral production of building materials, the existence of eco-friendly or recyclable products, tools for measuring the environmental impact of our designs—these are only a few of many cutting-edge developments that make this the most exciting time to be a part of the building and design process that has ever been, and we'd be remiss not to thank those entrepreneurs, engineers, designers, visionaries, and other environmentalists that make the world a better place every day, one innovation at a time. 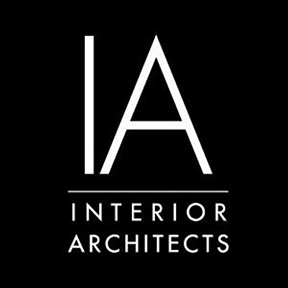 Workplace design thinking is evolving at the fastest pace in decades, and one word seems to be on everyone’s lips: hospitality. At the same time, a wholesale pivot to a pure hospitality design approach (an all-out sprint for the luxurious and engrossing aesthetic of the boutique hotel or hot new restaurant) is an overreaction. Admittedly, END_OF_DOCUMENT_TOKEN_TO_BE_REPLACED

@IAarchitects looks at 5 innovators who are making the world a better, greener place.

A Lure to Wellness
Load More