Doors: Beyond the Obvious

Doors: Beyond the Obvious
Load More

It’s only natural to feel a bit cooped up given recent events, but there are many VR experiences that can help you escape to some of the world’s architectural wonders from the comfort of your couch. We visit eight of those 360 videos, tours, and image collections to help you get through  this time of self-distancing.

(Note: many of these may be best experienced through a mobile device or VR headset) 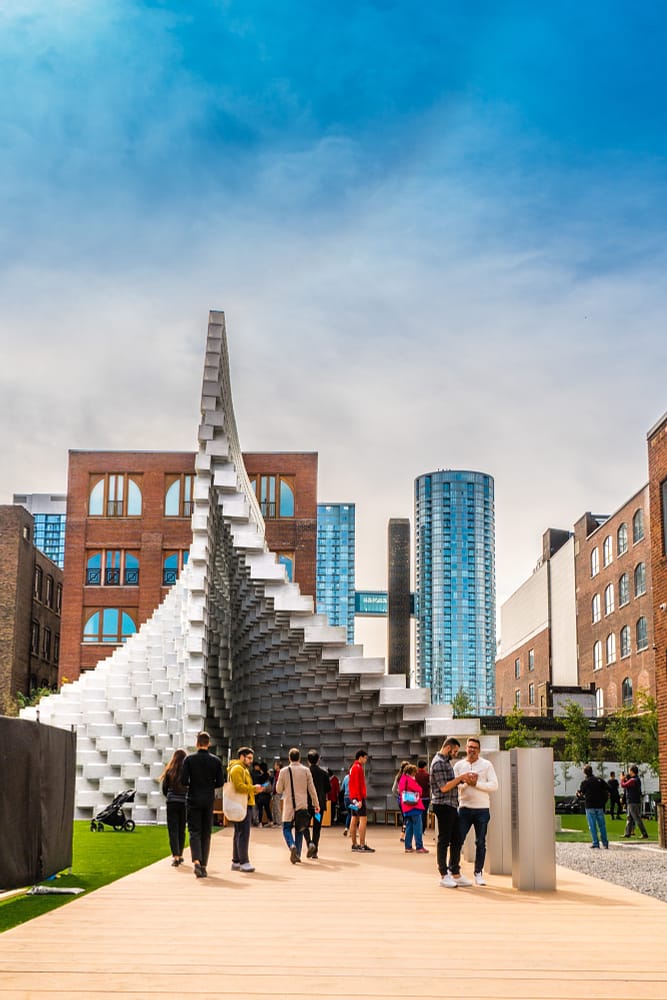 Every year since it premiered in 2000 with the work of Zaha Hadid, the Serpentine Gallery Pavilion has featured a different original creation from notable architects and designers. A number of different VR/360-degree experiences do a fantastic job of highlighting these works, many of which (such as 2019’s pavilion by Junya Ishigami) feature insights and behind-the-scenes facts.

This 360-degree video available on the Sidney Opera House YouTube Channel features beautiful exterior time lapses and rare looks at spaces you’d be more likely to see in a “day in the life” video. In addition to sharing the architectural wonders of the space, the video also showcases the musical talents of soprano Nicole Car and cellist Benjamin Schwartz. 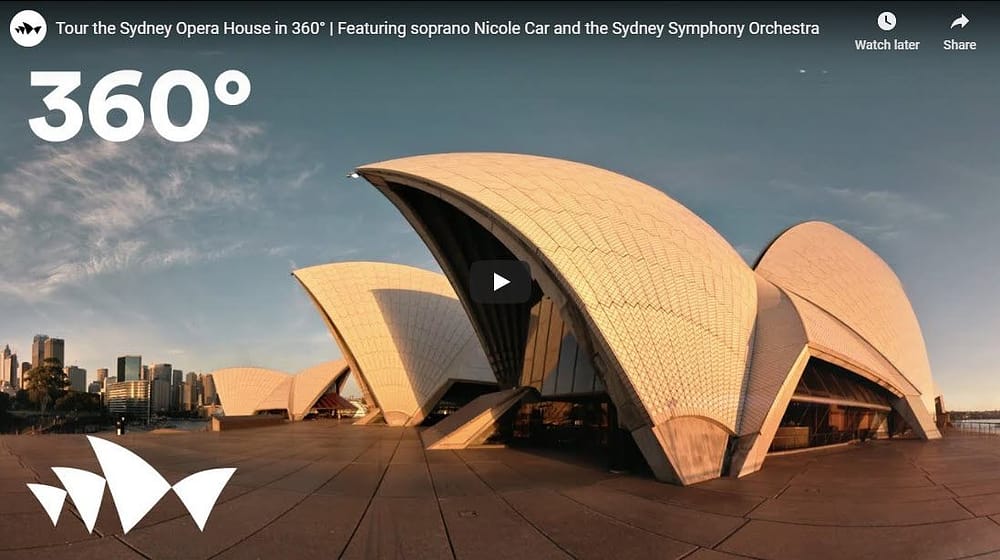 Admittedly, this virtual tour created by Google’s Arts and Culture team is a bit art-heavy, but architectural elements missing from the tour will be covered by Google’s interactive website, featuring online exhibitions of the Frankfort kitchen, Bauhaus in Norway, Von Hanno’s Oslo, and Grete Prytz + Arne Korsmo.

The Works of Frank Gehry

This carefully-curated collection of 360 views allow you to experience the exterior of many of Frank Gehry’s most famous works, including the Guggenheim Museum in Bilbao, the Walt Disney Concert Hall, and Seattle’s Museum of Pop Culture.

Centered around an exhibition by Dutch architect and designer Bjarke Ingels, this 360 experience, which blends the worlds of still virtual reality and 360-degree photography, allows users to explore much of the Danish Architecture Center, marrying content with videos and other interactive features.

Wright’s Bachman-Wilson House at the museum

While this virtual tour won’t cover much of the building’s fascinating history (including the fact that it was taken apart piece-by-piece and moved over 1,200 miles as a part of a conservation effort), it is still an excellent example of 360-degree media and gives the user ample opportunity to explore this example of Usonian architecture.

Debuting on March 20th, 2010, this short 360-degree video is a fun guided tour of the museum that touches on the breathtaking architecture of Moshe Safdie. The museum has gone above and beyond to make its collection accessible during this challenging time, and has a mobile app, podcast, and interactive website content that is also worth a look.

Despite being one of the older examples on our list, this tour of Frank Lloyd Wright’s personal estate might be the most educational resource. Featuring an assortment of twelve 360-degree images, the tour is a fully-narrated look inside Wright's home, studio, and other locations on the grounds.

This guided tour, provided by Metropolis Magazine and led by ZH Senior Associate Ed Gaskin, offers a surprising amount of information in a little over four minutes. Gaskin provides some excellent behind-the-scenes insights that make this tour absolutely worthwhile, especially if you have a VR headset or comparable equipment.

Take a look at some of these other popular VR experiences:

The Sagrada Familia by 360 Stories

IA’s Robert Atkinson looks at mitigation measures building designers can take that can make a difference in combatting rising temperatures in urban areas.

As a part of IA’s Experiential Design Week 2022, members of our Experiential Design team will go head-to-head in this live design challenge. After developing their concepts on the fly, they’ll be presenting their design solutions to IA judges who will ask you for input, in real time.

IA’s Ali Ucer takes on the topic of artificial intelligence: what it means, and what its applications are in the workplace and the design field.