The Impact of Adaptive Reuse on Economic Development

Adaptive reuse has a special place in the collective heart of IA. Call us sentimental, but when you’ve been in business since 1984, you learn to appreciate the pillars (both literal and figurative) of the community.  As it stands, we’re lucky to be able to say that we are challenged with undertaking more and more opportunities to flex our adaptive reuse muscles every year and have learned that with such projects come a whole new set of stakeholders who benefit from the economics behind the build. Curious about this, and inspired to learn more, we spoke with a number of economic development experts to learn how their efforts were furthered by adaptive reuse projects, and who feels the effect of these the most.

The Cost of Vacancy

Oftentimes adaptive reuse and restoration projects occur in buildings that have been standing empty for years. The tax revenue implications of having the space go unused are well-documented, but the effects can be much more far reaching than that. The Lincoln Institute of Land Policy recently described the rise of vacancies in legacy cities as “an epidemic,” and politicians, developers, and residents of cities are quick to point out that a lack of such development can cause communities to lose confidence in the overall economic performance of a region. The negative correlation between commercial vacancies and economic investment is so great (and the effect of adaptive reuse developments, so positive) that cities are developing programs specifically aimed at promoting the reclamation of existing spaces. Phoenix, Arizona, for example, has implemented an Adaptive Reuse Program within their Office of Planning and Development in the hopes of spurring economic growth in particular areas. “To date, there have been 139 projects that have utilized the OCA Incentive Program,” reported Sandra Hoffman, Assistant Director for Planning and Development for the City of Phoenix. Programs like this exist in one form or another across the country, and offer services such as tax and fee incentives, guidance, and educational seminars – all in the name of reducing vacancies. 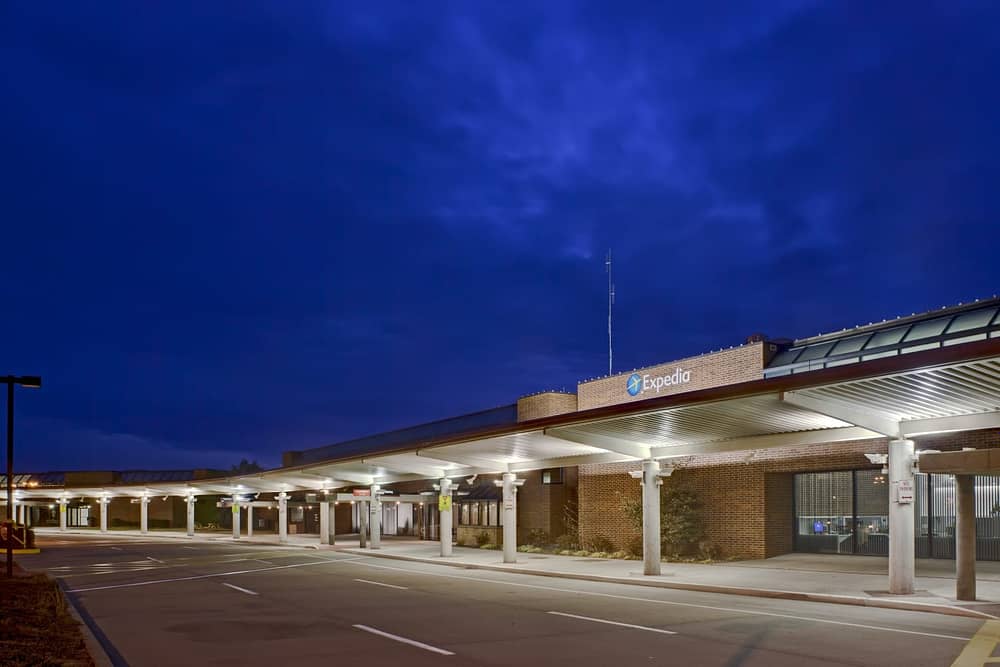 Jobs are created with every construction project — not just those that reimagine how spaces are used. But with the latter the beneficiaries can sometimes be wholly different. Adaptive reuse projects more often rely on techniques and trades associated with the artisan economy, oftentimes in the name of preserving an historical artifact. As such, local artisans who practice a more old-fashioned art are in greater demand, and the practice is kept alive for another generation.

The Spaces Can Be Useful for Fledgling Businesses

We’re assuming that part of this is attributable to the fact that adaptive reuse projects in general can be 16 percent less costly than other forms of construction, but we’re also finding that these building projects tend to be more appealing to startups and younger businesses than established businesses in more longstanding industries. One possible cause? These companies may be more reliant on a younger workforce. With more and more 18-35 year-old professionals moving toward urban areas (where such restoration projects are more prevalent), it’s no surprise that there’s a correlation between adaptive reuse projects and access to a young, educated workforce.

IA is seeing that several projects within its portfolio are serving as a draw to this demographic. One such space (which had evolved from a defunct shopping mall to a modern corporate headquarters) has been hailed as a major attraction for young professionals, with several websites listing the company as a “top company for millennials”. That company (ServiceMaster) has since embraced this role, targeted the younger demographic with their Innovation Center, and among other notable offerings now provides access to a Young Professionals Resource Group for its employees. As the National Trust for Historic Preservation (NTHP) outlines in their Atlas of ReUrbanism, “much of the renewed interest in living and working in cities is focused on older and historic places.” And areas rife with adaptive reuse and renovation projects are functioning millennial magnets. But the benefits extend beyond young tech startups. Jim Lindberg, Vice President of the Research and Policy Lab for the NTHP notes that “From Detroit to Dallas, Boise to Baltimore, our research shows that older buildings provide space for new businesses as well as small, local, and minority and women-owned businesses.”

A factor could be the workspace itself. “A key facet of economic development is talent attraction, and it is clear today’s talent demands innovative work environments” says Bree Burris, Communications Manager with San Diego Regional Economic Development Corporation. “ New and repurposed spaces foster creativity and encourage community, which in turn improve quality of life for employees and residents alike. In San Diego, we’ve seen this take form at companies like BumbleBee, and in ‘eatertainment ’ spaces like Punch Bowl Social.” 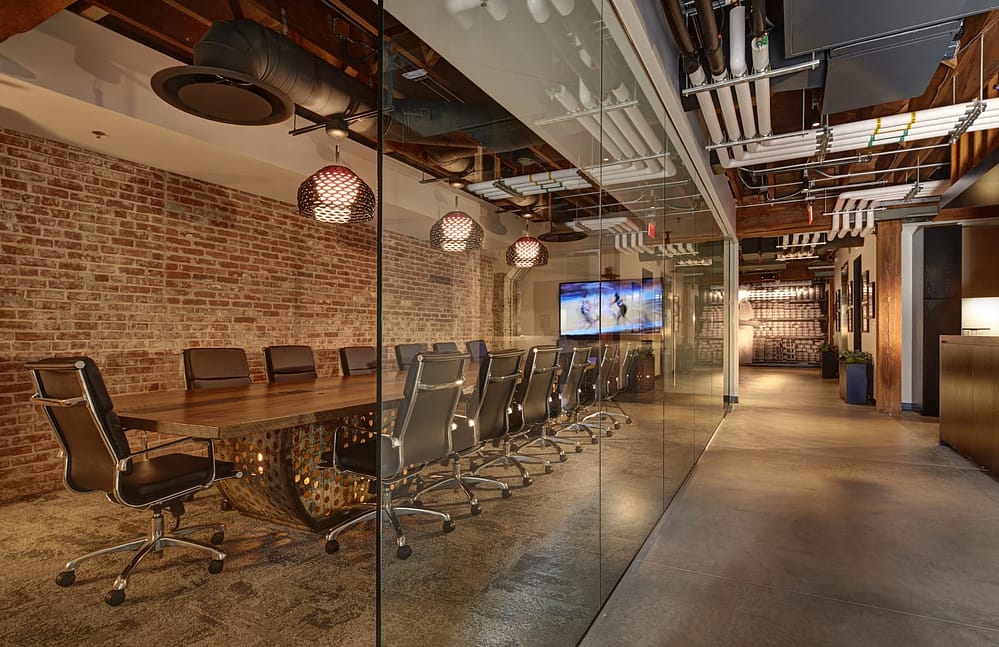 No matter how you cut it, reusing a historic space helps to maintain a sense of history and character in a neighborhood. And while “local character” is difficult to quantify, there’s no arguing that an EDA’s​ job is made easier when a developed brand can be used to market an area to businesses. Cities across the U.S. are embracing this concept. “In a fast-growing city like Seattle where land is scarce and demand is high, adaptive reuse projects can help preserve the character of a place while still being profitable,” said Joe Mirabella, Director of Communications for the Seattle Office of Economic Development. “Expanding or reusing historic buildings not only creates special experiences for tenants and customers but also helps preserve the region’s unique history and culture for the future.” Seattle has played host to a significant number of adaptive reuse projects in the recent past, including the new Big Fish Games headquarters (an IA Interior Architects’ portfolio project) at the aptly named Maritime Building. 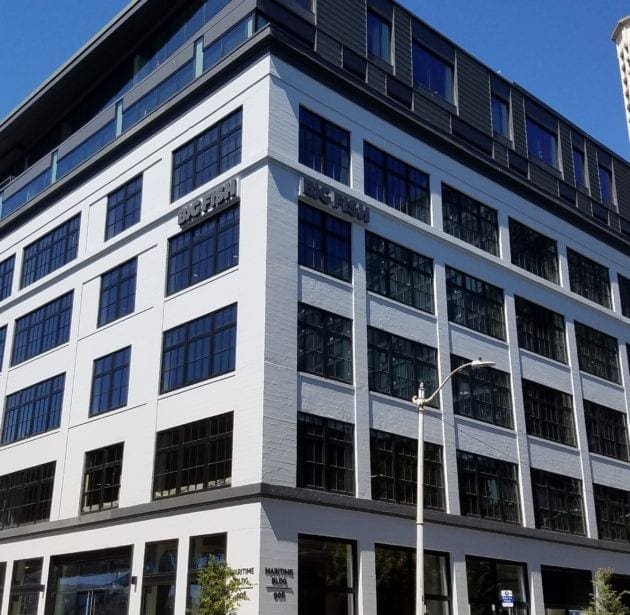 At the end of the day, this degree of neighborhood branding is very marketable, and as a result can help to attract new businesses to an area, and thus encourage economic investment in a community.

Workplace design thinking is evolving at the fastest pace in decades, and one word seems to be on everyone’s lips: hospitality. At the same time, a wholesale pivot to a pure hospitality design approach (an all-out sprint for the luxurious and engrossing aesthetic of the boutique hotel or hot new restaurant) is an overreaction. Admittedly, END_OF_DOCUMENT_TOKEN_TO_BE_REPLACED

"As adaptive reuse projects become more and more prevalent, here at IA, we decided to consult experts in economic development and adaptive reuse to see how these projects are impacting communities and helping to define neighborhoods."