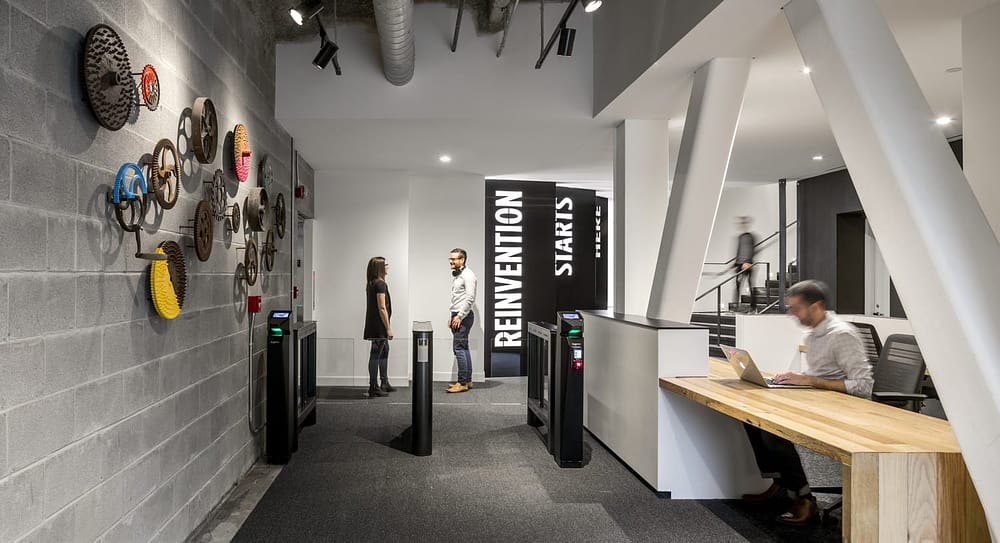 Loneliness and social alienation are feelings that most humans experience at some point in their life, although sociological studies on loneliness and isolation have historically focused primarily on the elderly. But in recent years that focus has changed and social scientists have shifted their attention to a younger crowd, one increasingly referred to as the “transient generation.”

Like many of my Gen Y peers, I decided to pursue career opportunities nearly 3,000 miles away from where I grew up. I left behind the safety net of family and close friends to make a new city (San Francisco) my home. And like most transplants, the first place I sought social connection was the workplace. It was incredibly important to me that the office where I would work and spend much of my time felt safe, inclusive, and supportive. Today, as a designer of the built environment, it is very real to me that creating a welcoming place for the “transient generation,” which currently makes up about a third of the workforce, is critical not only for the mental health of young people but for employee retention as well.

Even though advances in technology have enabled people to become more connected virtually, social isolation and chronic loneliness are on the rise as a global epidemic. A study by the Mental Health Association in Great Britain found that 48 percent of the population is getting lonelier in general. Careers and educations are uprooting individuals from their families and the communities where they grew up, leading to a rise in ‘anomie,’ a sense of not belonging to a community.

Yet studies in psychology and sociology show that the need to belong is both inherent and fundamental to humans. Without close relationships, 82 percent of the population is uncomfortable and suffers from both mental and physical ailments as a result.

Science-backed theories of sociology and environmental psychology help us understand and mitigate these problems through design. For example, if a meeting room is intended to foster participation and collaboration, it should follow a sociopetal layout that orients everyone towards the center. The idea of sociopetal space is seen in Native American teepees, yurts in Central Asia, and familiar scenes of gathering around a campfire. 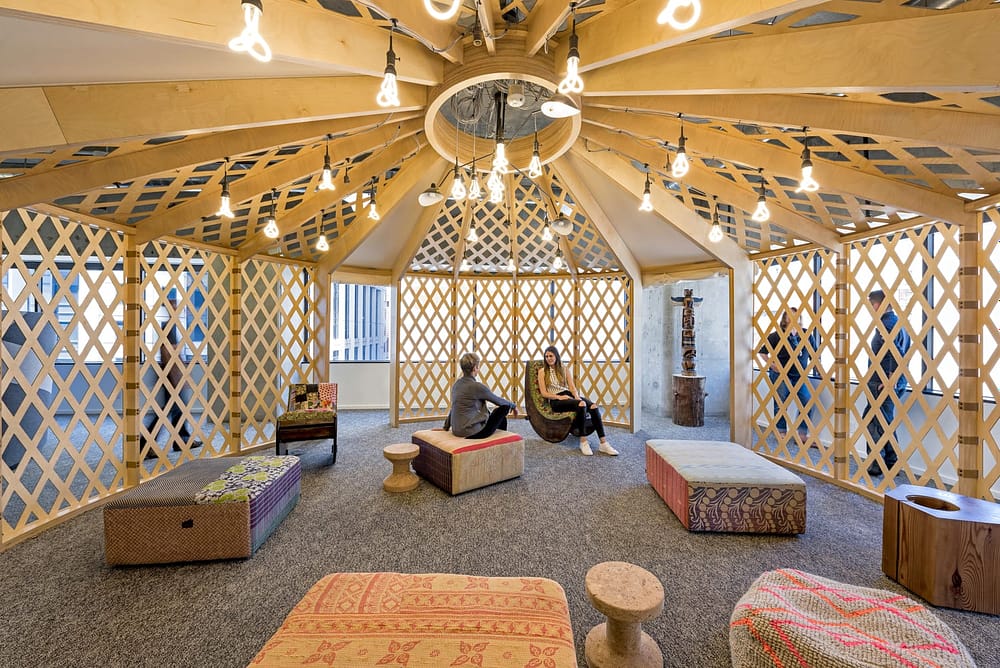 To foster feelings of inclusiveness and team spirit, pioneering environmental psychologist William Ittelson suggested organizing “perceptual neighborhoods,” where people can perceive themselves as part of a unit rather than floating, disconnected, in the larger office pool. Today’s familiar practice of designing the workplace as neighborhoods, with nearby social hubs, is underscored by solid science and research.

Not only does an inclusive space improve the lives of those it serves, but it also motivates us to work a bit harder. Social psychologist Roy Baumeister has found that "...people prefer achievements that are validated, recognized, and valued by other people over solitary achievements," which is why even self-employed and mobile workers often seek co-working environments to maintain a sense of a team spirit.

Beyond programming, it is essential that employees know where they are and whatthat means. Less abstractly stated, a design that clearly integrates local flavor along with a company’s unique personality, mission, and brand helps staff feel connected and grounded. Environmental graphics, often whimsical and boldly creative, are one way to strengthen the connection between brand, sense of place, and identity. Views to the surrounding environment are another. All these factors taken together are part of the designer’s challenge.

At IA’s San Francisco office, environmental graphics—a stylized floor-to-ceiling city map along with a wall-sized floorplan—a three dimensional rendering of the brand’s iconic IA, recessed and backlit in a black three-dimensional box measuring about seven by eight feet, and stunning views of the bay and city-scape seen through operable windows, along with a warm welcome, helped me know right away where I was and why.

Amy Groome is a designer in IA’s San Francisco office. She earned a Bachelor’s of Science degree in Interior Design from Virginia Tech and is particularly passionate about wellness and wellbeing in the workplace. She has worked on projects for clients including Okta, Symantec, and Equinix, and helps lead sustainable wellness efforts in the San Francisco office and firm wide.

Then you'll probably get excited about the communal spaces we created for Red Hat in Boston. Find images, facts, influences, and more in the case study we created.

Whether created or curated by the IA Experiential Design team, original works of art can significantly enhance the experience of a space.

IA’s Robert Atkinson looks at mitigation measures building designers can take that can make a difference in combatting rising temperatures in urban areas.

As a part of IA’s Experiential Design Week 2022, members of our Experiential Design team will go head-to-head in this live design challenge. After developing their concepts on the fly, they’ll be presenting their design solutions to IA judges who will ask you for input, in real time.

Communal spaces are important for promoting teamwork - but are they more meaningful than that for members of the "transient generation?"