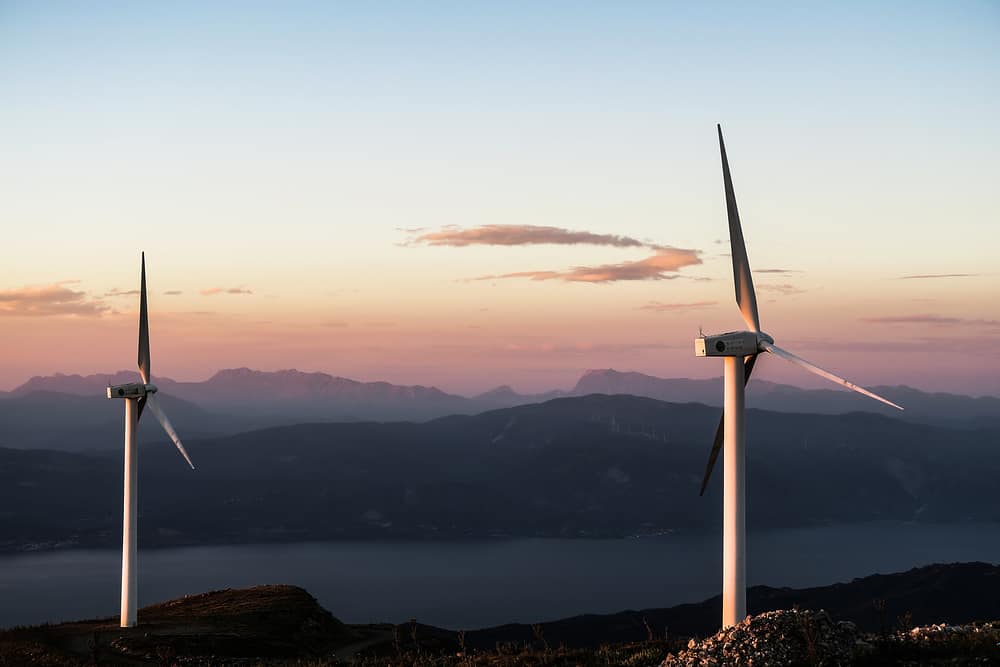 Let’s say you’ve tracked the emissions from your company’s direct activities, such as those from operations and the fuel combustion from company facilities and company owned or controlled vehicles. By sourcing renewable suppliers for electricity, heating, and cooling, you’ve done the same for emissions generated by the company’s power consumption. And you’ve coordinated the emissions from all other indirect sources in the company’s supply chain, including purchased raw goods, distribution and transportation, employee commuting, use of sold products, and end of life treatment. Your CSO (Chief Sustainability Officer) reports that carbon emissions are on track to slow down to zero.

Now your organization can move towards the final step of embracing climate positive technologies—those that can capture, store, or sequester more greenhouse gas emissions than your company produces. Towards that goal, there are a range of carbon solutions and service providers to help you along the way.

A 2020 report from the International Energy Agency emphasized that carbon capture, utilization and storage technologies are a critical part of climate positive goals because they can enable key sectors to directly reduce their emissions. This is especially true for industries that would otherwise struggle to reach net zero goals due to limitations of the technology available to them.

Leave No Company Behind

If you are a large multi-national organization with resources and can make the necessary investment, implementation can be immediate. But involvement in emissions reduction and climate positive agendas should not be restricted by company size, nor should ambition be thwarted by lack of investment. No matter the industry or size of the business, everyone’s involvement is required to halve emissions before 2030 and reach net zero before 2050. And globally, according to a World Trade Report, SMEs (small and medium-sized enterprises), represent 90% of businesses, employing 2 billion people, so their involvement is critical.

This is especially important in regions like Europe, where over 90% of companies are SMEs, employing between 50 to 250 staff with a revenue between 2 and 50 million euros. These companies typically employ nearly half of all workers; they are precisely the kinds of supply chains that Industry giants including Apple, Microsoft, and Unilever NV have targeted when pledging to reduce their carbon emissions.

Likewise in the UK, SME’s account for over 99% of the business population. While business and industry account for 25% of UK territorial emissions, just under half of those emissions come from SMEs, so they must play a vital role in the UK’s, and consequently the world's journey to net zero. However, a recent academic report by the Multidisciplinary Digital Publishing Institute (MPDI) on the role of SMEs’ Green Business Models in the Transition to a Low-Carbon Economy noted that many SMEs adopt practically no environmental practices, and there are significant differences according to size, with more hurdles stemming from their smaller size. The study also reveals that SME environmental practices are not effective in reducing carbon precisely because they need help to play a key role in the process of transformation toward a low-carbon economy.

The risk of losing their largest customers, coupled with sluggish post-COVID economic recovery, has demonstrated the extent to which many SMEs are struggling. Within this context, some larger corporations that have already pledged toward zero carbon are working with We Mean Business, a global non-profit coalition acting on climate change. Together with the International Chamber of Commerce, the Exponential Roadmap Initiative, and the United Nations Race to Zero campaign, they initiated The SME Climate Hub, a platform that finds pathways for SMEs to halve their emissions before 2030 and reach net zero before 2050.

Through a partnership with Amazon, We Mean Business will start offering training and later add services to help businesses calculate and cut their emissions. Likewise, many governments have allocated money in their stimulus packages specifically to help small businesses. In the EU it is hoped that the funds will both revive economies and send SMEens down the pathway to cut emissions by 2030.

One of the key EU goals through the European Green Deal is for SMEs to have direct access to funding, including the 650 billion euro ($764 billion) InvestEU program designed for post-COVID relief, but with a longer term goal to support economic recovery. By undertaking renovations that improve energy efficiency and carbon strategies, it is hoped economic development and zero carbon strategies can be accelerated.

On the technical front, The Science Based Targets initiative has created a streamlined route for SMEs, enabling them to bypass the initial stage of commitment to a set science-based target and the standard target validation process and instead calculate their entire carbon footprint and commit to reducing it.

With each solution comes an opportunity for any company to directly link their sustainability strategies with carbon dioxide removal, whether through participation in research projects, contribution to joint projects, partnerships with environmental specialists, or direct investment in CDR technology. However, CDR methods are at different stages of development, and some have yet to be tested at scale. 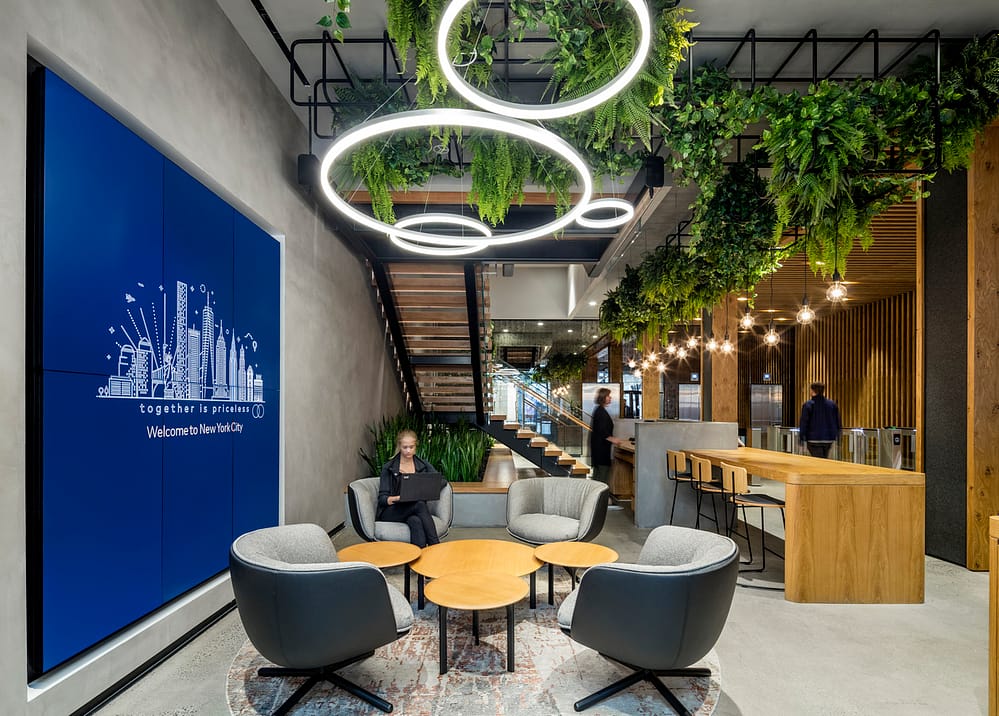 Research published in Nature revealed that between 2001 and 2019 the world’s forests sequestered about twice as much carbon dioxide as they emitted. Global Forest Watch (GFW), an open-source web application that monitors global forests in near real-time, found that forests provide a natural carbon sink that absorbs a net 7.6 billion metric tons of CO2 per year, 1.5 times more carbon than the United States emits annually. Additionally, a  quarter of the excess carbon dioxide released into the atmosphere by human activity is drawn down again by the oceans, which are also natural carbon sinks. But the CO2 drawn into the oceans interacts with the CO2 that is stuck in the atmosphere and prevents its escape, further heating the oceans with a negative effect on marine life and climate change. Clearly, reducing the carbon dioxide released by human activity is critical for both the atmosphere and the oceans. Natural solutions though beneficial are inadequate to stop let alone reverse the progression of climate change. Man-made solutions and an aggressive change in human behavior are mandatory to restore the health of the planet and ensure its future.

While some plants have adapted to the higher concentrations of carbon dioxide in the atmosphere caused by man-made activity and actually experienced increased plant growth (known as carbon dioxide fertilization) this impact is limited, and the excess heat brought about by CO2 concentrations is likely to be more damaging causing increased deforestation. Further reforestation efforts are needed that work with a tree’s natural carbon sequestering properties. With this goal, companies like Ecologi, Carbonfund, and the US Forestry Service have specific tree planting programs designed specifically as a climate positive solution.

Through partnerships with Eden projects, Ecologi is reforesting areas in Madagascar, which saw around 50% of its forest cover lost through industrial forest exploitation, cultivation, logging, and grazing—leading to the exploitation of workers, environmental degradation, and species loss. Funding projects in this region reduces extreme poverty and restores healthy forests by employing local people to plant millions of trees every year. There are other virtuous cycles; for example, the lands on which the US Forestry service plants trees also provide 30% of the nation's surface drinking water. Coupled with a carbon calculation that indicates the extent of CO2 removal, businesses can create win-win situations for their business operations, communities, and the planet through natural solutions.

A complimentary approach, afforestation, a process of converting long-time non-forested land into forest, is creating new natural carbon sinks that store CO2 from the atmosphere in trees. At the international level, afforestation and reforestation are recognized mitigation approaches, promoted as carbon sequestration goals with several international projects underway to accelerate investment through carbon investment funds.

Other natural solutions, such as soil carbon sequestration and biochar, although mature, are not currently in large scale implementation. Their literature states that the potential for large scale removal of CO2 will require further investment and development. However, scientists participating in the National Academy of Sciences (reporting in PNAS) suggest that through investment in tree planting on understocked forest land carbon sequestration capacity can substantially increase in the United States. The USDA Forest Service has already opened investment in nature-based solutions, choosing the project that is right for each business.

We’ve considered climate positive technologies that capture, store, or sequester more greenhouse gas emissions than your enterprise produces and the critical role they must play in restoring the health of the planet. It’s understood that no company, no matter how small, need be left behind in moving to these technologies. We’ve looked at natural climate positive solutions but what about technological solutions, you might ask? Good question! They comprise an impressive array that we’ll explore in the squeal to this post scheduled to appear in about two weeks.