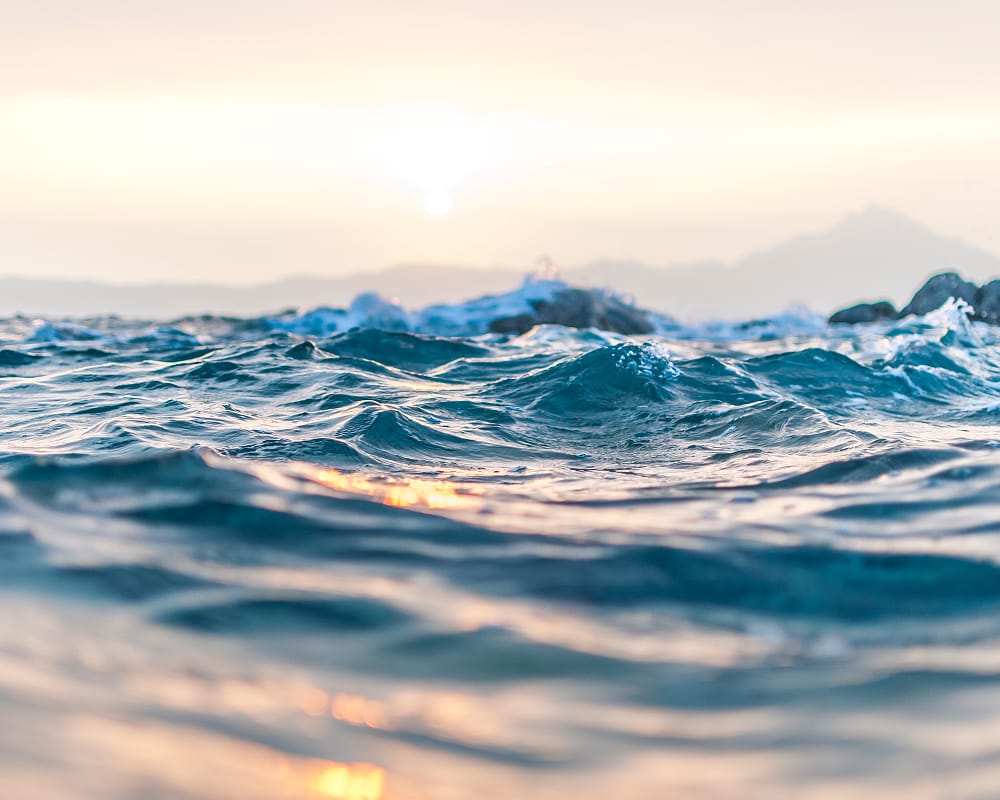 In a recent post, we began to explore climate positive technologies that capture, store, or sequester more greenhouse emissions than we produce. We looked at the significant role all businesses and particularly small businesses must play in this process, and the natural technologies that remove CO2. Now we consider the fascinating and compelling menu of man-made technologies for removing CO2. All options must be pursued to achieve the reduction of emissions required to quell global warming.

Man-made technologies offer a range of approaches deployed at scale to directly capture and sequester or utilize CO2 from the atmosphere. Carbon capture is the process of capturing CO2 from exhaust, reformed gases, or stationary sources using technologies categorized as pre-combustion, post-combustion, or oxy-combustion. Carbon sequestration is the process of depositing captured CO2 in deep geological formations or oceans. But this process carries risks, including the potential for CO2 leakage, impacts to drinking water, and induced seismic activity.

The direct use and conversion of captured CO2 and other gases into useful industrial products, such as chemicals or fuels, is a far more attractive prospect. The advocacy group Third Way has developed an interactive Carbon Capture Project Map, that details these types of projects globally, their locations, and a database of who is developing them. Although at different states of deployment, these technologies show real potential as offsetting tools, growth investments, and new sources of both product materials and fuels, which is exciting news for energy production and product development. 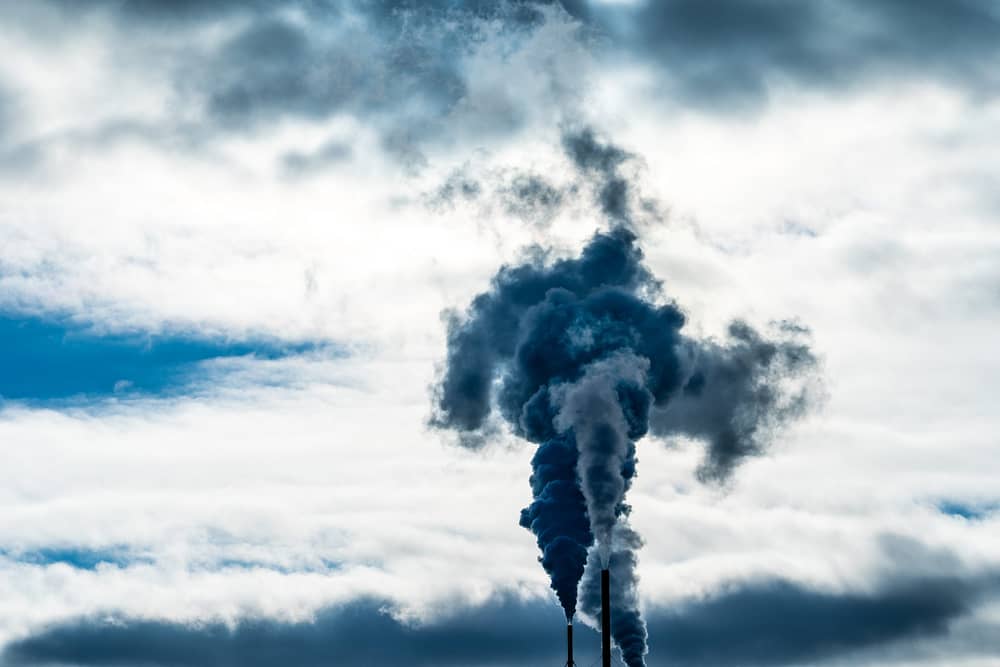 Carbon capture storage is the process of trapping, storing, and isolating excess carbon dioxide from power plants and industrial smokestacks. It is referred to as a pre-combustion capture since it removes CO2 from fossil fuels and industrial processes before combustion is completed. The capture is completed through processes like gasification and advanced turbine programs. The ease of removing emissions at source (including other harmful pollutants) has the added benefit of avoiding the social cost of carbon emissions on adjacent communities.

Facilities with CCS can capture almost all of the CO2 they produce (some currently capture 90% or even 100% ). This carbon is then transported via ship or pipeline from where it was produced and stored or utilized. The beauty of carbon capture is that it exists adjacent to the emissions from those industrial processes most responsible for CO2 production, such as steel and cement production or from the burning of fossil fuels in power generation. As these industries grow in accordance with global need, it is vital that new levels of CO2 do not find their way into the atmosphere.

With iron & steel production representing 6-8% and cement & concrete representing 6% of global CO2 emissions, this is a vital area for innovation in production processing. By 2050, the global cement demand is projected to grow by 12-23%, and the global steel demand will increase by 15-40%, so it is critical that these industries transform to pollute less. The International Energy Agency estimates that CCS could be responsible for removing as much as 20% of total CO2 emissions.

Globally, there are 51 large-scale CCS facilities in operation or under construction. In the United States alone, where over 60% of greenhouse gas emissions come directly from energy production or industry, there are 10 large-scale operational facilities. However, the high cost of the technology involved is a barrier to the widespread deployment of CCS. The greatest costs are associated with the equipment and energy needed for the capture and compression phases. The US Department of Energy is currently focusing on the investment in innovation these phases require. 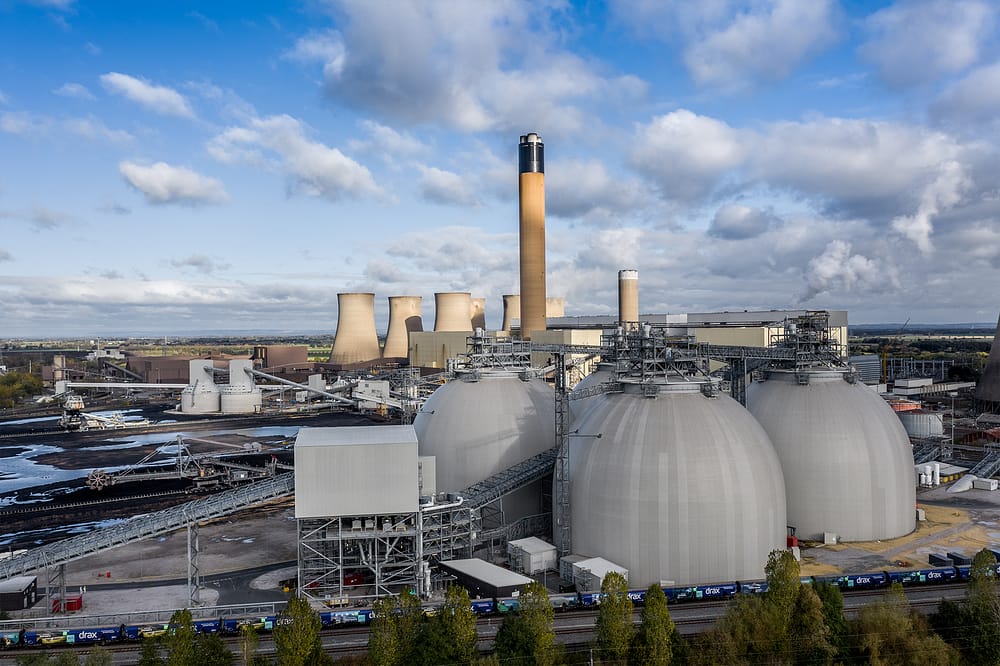 This is where carbon is captured directly from the air, not from a factory smokestack. Through technology, CO2 is removed from atmospheric air, similar to what plants do regularly only much faster, using a series of chemical reactions. Like CSS this captured carbon can be permanently stored in deep geological formations, although it has exciting possibilities for use in the production of fuels, chemicals, building materials, and other products containing CO2.

When CO2 is geologically stored, it is permanently removed from the atmosphere. There are currently 15 direct air capture plants operating worldwide, with a 1 megaton-CO2-per-year capture plant in advanced development in the United States, and the ambition to scale upwards to capture 10 megatons of CO2 per year by 2030.

In Europe, companies like Climeworks are already removing nearly 1 kiloton of carbon dioxide per year, rapidly expanding, and attracting financing from companies, including Microsoft, Audi, Shopify, and Stripe, through the carbon credit market. In September 2021, Climeworks will launch Project Orca, a new direct air capture and storage plant in Iceland, which will remove 4000 tons of CO2 per year, making it the world's biggest climate-positive facility to date.

In North America, companies such as Carbon Engineering are looking at the global deployment of megaton-scale direct air capture technology facilities that will each capture one million tons of CO2 per year. Elsewhere, collaborations between the Center for Negative Carbon Emissions at Arizona State University and the investment group Carbon Collect are commercializing and deploying direct air capture technology.

Regarding transportation, Aramco has developed an innovative mobile carbon capture system that can sharply reduce CO2 emissions from a heavy-duty truck. The prototype system is undergoing testing as part of an initiative to seek decarbonization solutions for the entire transport sector from cars to large scale shipping, which is responsible for 24% of global emissions.

There are also other technological/natural hybrid projects that operate as backstop technologies. Chief amongst these is bioenergy with carbon capture and storage (BECCS), where CCS technology is used to extract and store CO2 from biomass, itself a renewable energy source. BECCS power generation uses biomass grown in sustainably managed forests as fuel to generate electricity. These forests absorb CO2 from the atmosphere while growing which offsets the CO2 released by the fuel when used, making the whole power production process carbon neutral.

Carbon as a Future Material

There are several innovative uses for extracted carbon, as well as companies focused on the business opportunities arising from climate change. In the US, The National Carbon Capture Center, a research arm of the U.S. Department of Energy (DOE), works with innovators from around the world to accelerate the development of technologies that reduce greenhouse gas emissions from fossil-based power plants and promote carbon utilization and direct air capture solutions.

Currently the development of these technologies falls along three pathways: uptake, conversion, and mineralization. Carbon uptake uses algae biomass in a process that employs it to yield a variety of products, including fuels, chemicals, soil supplements, food for fish, animals, and humans, and other products.

Companies like Newlight, through conversion technology, have been using microorganisms from the ocean to make polyhydroxy butyrate (PHB), a bio-derived polymer made from air and methane-based greenhouse gas that is biodegradable. Using this technology, they focus on developing footwear and fashion products, replacing the raw materials used in those industries with new materials that will eventually biodegrade harmlessly rather than pollute natural systems.

Conversion pathways use catalysts or integrated processes to lower the energy needed to drive systems. Via these pathways wasted carbon can be transformed into synthetic fuels, chemicals, plastics, and solid carbon products like carbon fibres. Start-ups like Air Company are developing impurity-free alcohols that can be used in sanitizers, fragrances, and spirits—including their own brand of vodka.

Of real interest to the construction industry is mineralization, which uses carbon dioxide with alkaline reactants to produce inorganic materials, such as cements, aggregates, bicarbonates, and associated inorganic chemicals. Carbonate materials may be an effective long-term storage option for CO2, especially for use in the built environment, which is why this is a ripe field for investors and innovators like Carbon Upcycling, and Carbon Built—winners of the 2021 XPRIZE.

With this post and the earlier post, we have considered CO2 removal and its subsequent utilization, actual and projected. It is obvious that we have the means to profoundly limit and remove CO2 from the environment if we diligently pursue both natural and technological means, and that these ventures will even create new markets and economic opportunities. Humans are classically uncomfortable with change, although historically those who have taken bold action and successfully pursued new technologies have profoundly changed the way we live as well as the face of the planet. Now is certainly the time for bold action not just to change the way we live or make a profit but to keep us from destroying life and the planet where we live. The path is there; it is up to us to take the journey.

Earth Day 2022: The Response of Businesses