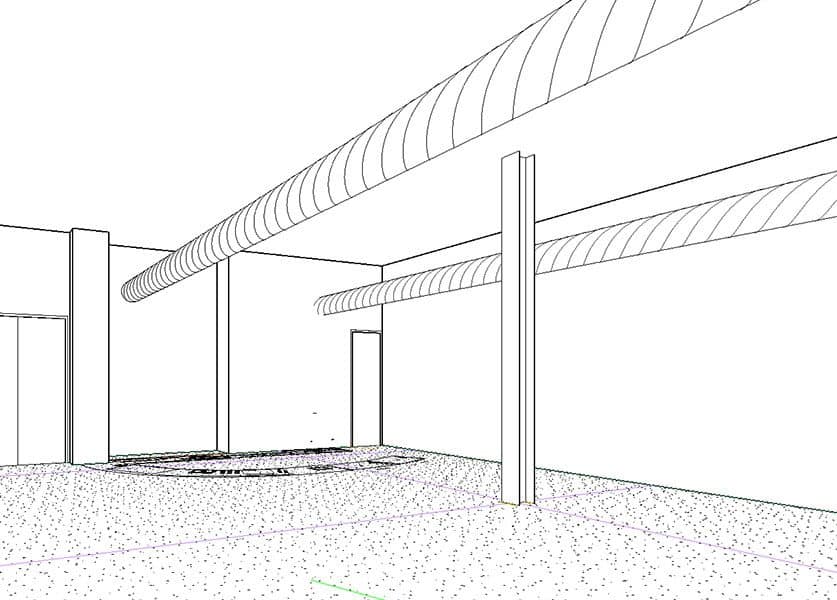 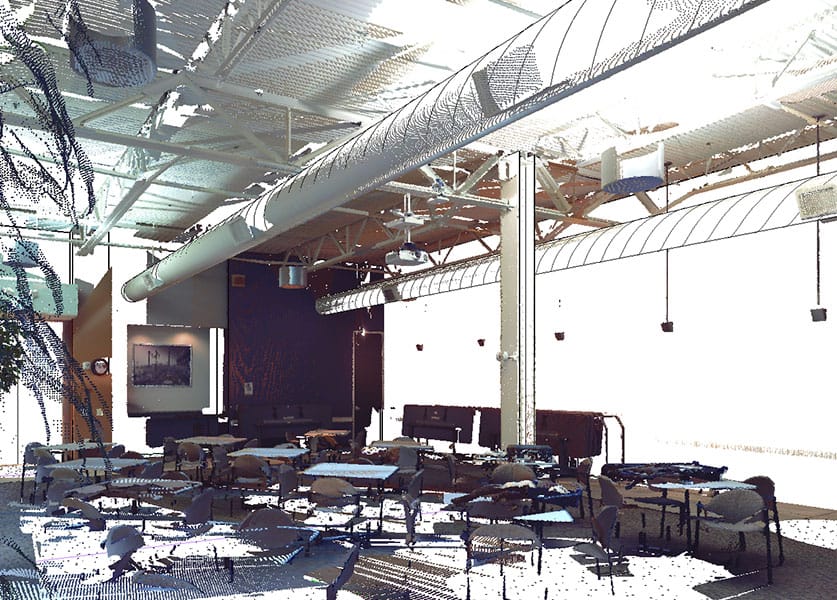 A question we’ve all asked ourselves after countless hours of surveying a new project site: “Wouldn’t it be great if we could just scan this building into our computer?” Finally, this wish is Revit’s command!

On a recent coffee bar design for a Silicon Valley tech company, we were able to apply new, point cloud technology.  A point cloud is a set of data points within a 3D coordinate system defined by X, Y, and Z coordinates. To create a point cloud, the space was surveyed with a 3D scanner that analyzes real-world objects and environments. After scanning the space, the next step is to process the file using Autodesk Recap, and then load the point cloud into your Revit model. Once uploaded, the point cloud can be overlaid on the model in any view—be it three-dimensional, floor plan, elevation, section, and so on. In addition to collecting volumetric information, the 3D scanner also captures the color and texture of surfaces so the Revit model overlaps with a full color version of the existing space. The cloud will behave like any other physical component in your model: It will move and spin while you navigate through 3D views.

“I found the point cloud to be most useful in checking the validity of base building drawings,” says Katelyn Hoffman, a designer in IA’s San Francisco office. “In our design, we found that the columns and support beams in the space were not represented correctly in the drawings provided to us but using the point cloud, we were able to correctly draw these and make our model more precisely reflect the existing conditions.” 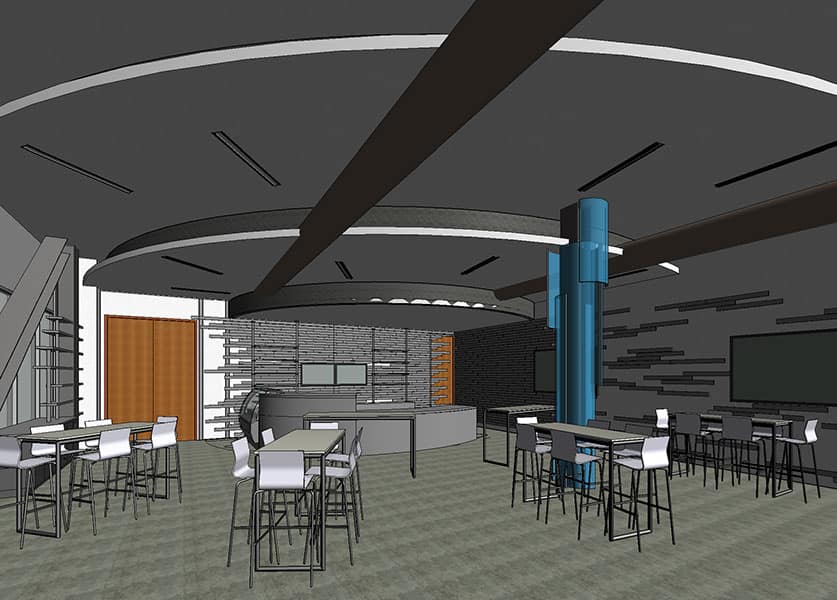 Hoffman also found the point cloud helpful in determining the locations and measurements of components not easily acquired during site surveys, such as ceilings and duct work. “Our design for the coffee bar included a very involved ceiling and it was necessary to accurately locate the existing ductwork and beams,” she explains. Using the point cloud, the team was able to design a new ceiling component around the existing ceiling elements much faster and more accurately than would have otherwise been possible. The alternative would be measuring and recording the space by hand and noting those numbers on drawings.

“The utilization of point clouds in Revit most definitely sped up our design process and also generated more confidence in the success of our project,” Hoffman says.

And who doesn’t enjoy a great coffee brought to you by an accurately designed and drawn space?

Designing for Meditation in the Workplace

Designing for Meditation in the Workplace