The Rise of EGD: Defining the Workplace Experience 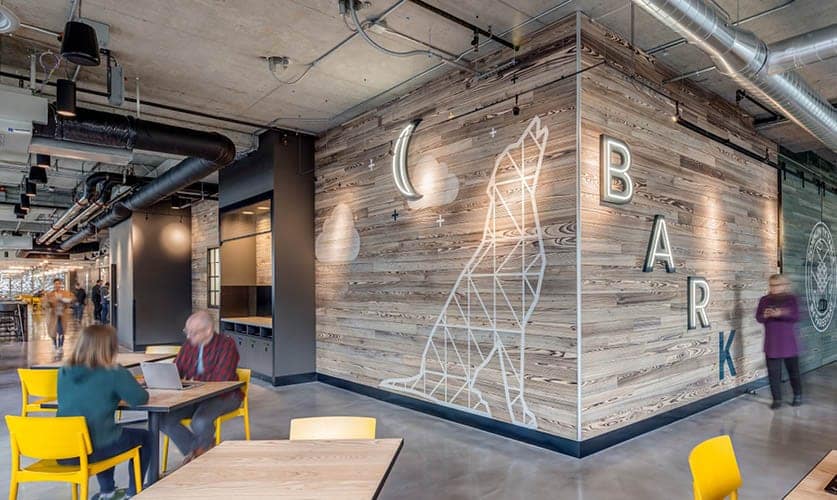 Prescient in recognizing the discipline’s value, IA launched an EGD department seven years ago. “The notion that a corporate headquarters should truly embody its brand identity really took off around that time, and became a more decisive part of all our projects,” Powers explains. “So, rather than hire outside consultants to collaborate on environmental graphics, we decided to bring the capability in-house and make it an integral part of our project delivery.”

The lynchpin, he explains, was identifying a strategic conceptual thinker at the leading edge of the burgeoning discipline to build a world-class department from scratch.  Following an extensive search to identify the right professional, Julie Maggos, a communications and graphic design expert who is now IA’s co-Director of Experiential Graphics, joined the IA team in 2011, launching the EGD group within the firm’s Chicago office. The move allowed IA to bring graphic talent to the table much earlier in the process, at a project’s inception, “which leads to a much deeper, richer, and more holistic design,” Maggos explains.

Seattle was the second location to build up EGD expertise, in 2013. The Pacific Northwest’s burgeoning tech scene has proved a welcome accelerant. “Client interest has afforded us a great opportunity to grow the service here,” says Stotz. “Our Seattle group expanded from zero to nine employees within three years.” EGD teams are now concentrated in multiple offices. The firm’s unique structure, whereby a network of specialized talent is shared and leveraged across offices, means that all IA clients can access localized EGD expertise. Says Stotz, “That’s helped give visibility to EGD and convey the extent of its applicability, to demonstrate what it looks like as a concrete deliverable.” 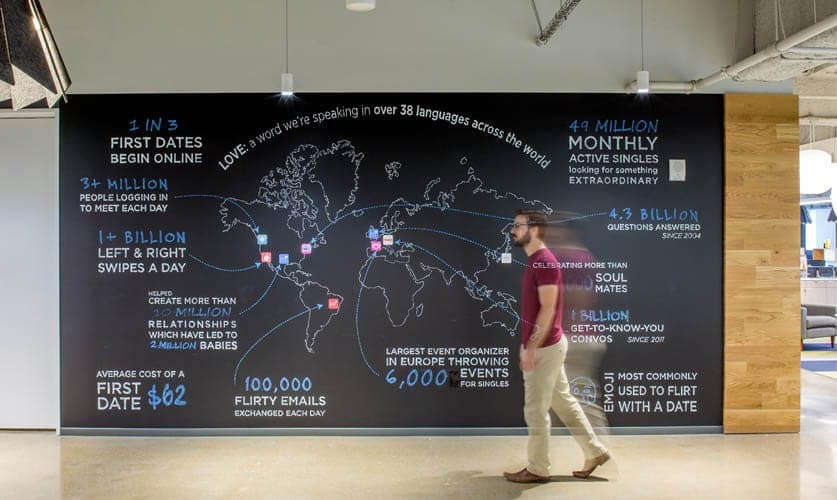 Indeed, deliverables can range from surface treatments to a custom interface for an office-management app. “Think of it as site-specific artwork or an art collection that somehow relates to the company, the people, or the place,” says Maggos. “There are so many ways to utilize a company’s built environment to tell the story of their history, culture, products, and services: what they do and why they do it.” Adds Stotz, “In every project we create a sequence of experiential touch points that builds a sense of discovery, so people will want to move through the entire space.” Creating a workplace “journey” is especially important as office environments become more multifunctional and the line between front and back of house blurs.

A strength of the field is that it is uniquely diverse. Although many EGD practitioners trained as graphic designers, others come from interior or landscape architecture backgrounds, or even UI and UX design. That disciplinary intermixing translates to very creative, blue-sky problem solving. Although there are still very few design schools that offer departments, let alone classes, in EGD, that’s changing as awareness of, and excitement about, this new field builds. Stotz predicts that the next generation of students entering the design industry will elevate EGD to another level. “Their interdisciplinary ethos and ability to think spatially will be even more honed.”

Creative technology is also helping to advance the field. State-of-the-art design software allows practitioners to toggle back and forth between a 3-D model of a proposed space and 2-D elevation views to make sure the scale of elements sync across the interior, and to determine key sight lines. Designers are also embracing opportunities to translate a company’s unique data into animations or graphics. “Our clients’ in-house tech teams and coders often collaborate on content or visuals,” Stotz explains. 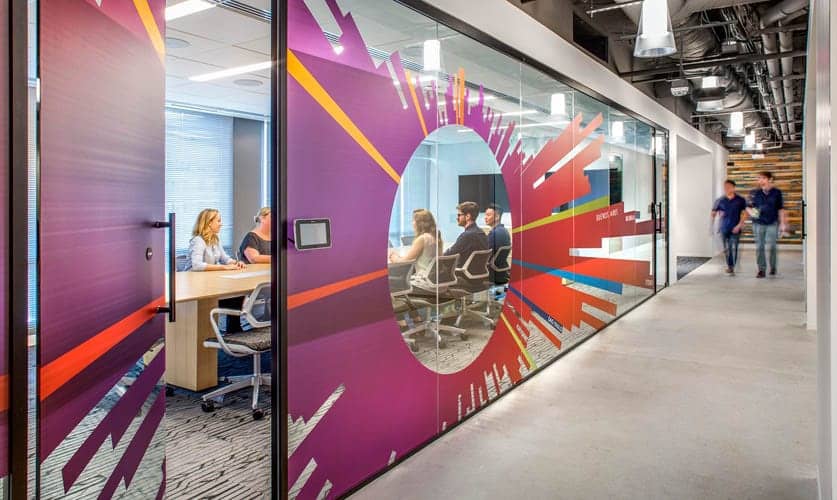 While technology companies were the earliest adopters of EGD, more traditional industries like banking and insurance are now getting in on the act, as they increasingly compete for the same employees and aspire to personify their corporate story. “The work of EGD is to celebrate and respect the brand—but look at it through a slightly different lens,” says Powers. Adds Stotz, “‘Brand’ can be so ambiguous; EGD makes it tangible.”