My first career was in apparel; I never planned to be an interior or architectural designer. I moved to the US from South Africa and started in the pattern department at a surf industry company when it was a garage startup. It was the best training I could have received: I learned to be creative within narrowly defined constraints—budget and schedule—and since we were evaluated on margins, I learned to surround myself with extraordinary people who compensated for my short comings. It undoubtedly enhanced my ability to succeed. After 16 years, I decided I needed a change and found myself in real estate services. This business gives me the opportunity to work in a creative environment, broaden intuitions related to the creative process, and leverage team building skills. It’s also allowed me to build a team of people who similarly believe that the sum of the whole is greater than its parts.

Early in my career, being taken seriously was a challenge. People make assumptions based on appearance, and I work very hard to go beyond that. I established very clear professional boundaries in terms of how I engaged with clients and team members, and took great caution in personal business protocols. You only get one chance to make a first impression, so you have to use that wisely.

This is a business where gray hair matters: There’s no shortcut for experience. It’s all about lessons learned. The business model is relatively simple, but you can’t control human variables. You can’t slap an old solution on a problem with a few of the same characteristics. You have to be conscientious and pay attention to nuanced differences, ask if they apply, and if the solution under consideration will produce the desired results. All this comes with age and experience. 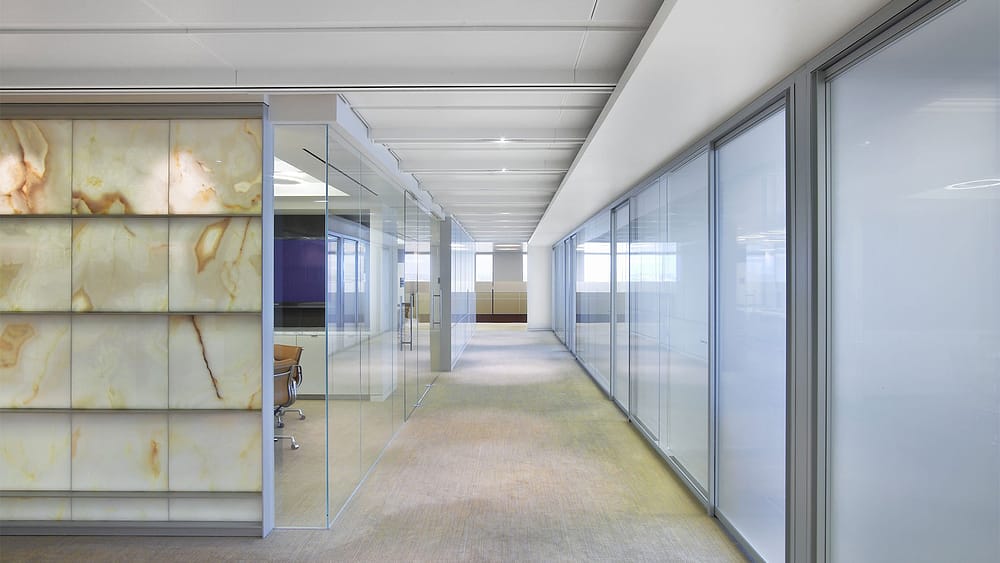 Sensitivity training in the workplace has been great but there’s something to be said for embracing differences, and being open and honest about it. As a woman, I have different sensitivities than the men around me, or even other women. With a little realness and humor you can start to neutralize preconceptions about gender and age. It’s EQ (emotional intelligence quotient) over IQ. Women are typically credited with the sensitivity to attune to their audience, while men are not. And as we saw in the Harvard Business School’s Heidi/Howard Study, there are preconceptions of which we have to be aware.

There have been a lot of changes for women in leadership. Companies that offer sensitivity training have contributed to this. At core-and-shell architecture firms, there is still a lot of male domination, particularly at older firms where tenured members are men. But this is less an issue at firms with an integrated practice of interiors where we’re seeing women brought into leadership roles. Our mix at IA represents a nice balance.

I tried pursuing the proverbial “work/life balance” but I’m wired as an “all or nothing” person. At a point, I thought I wanted a job and not a career, but I want to do everything I do really well and for me, that’s not accomplished in 40 hours a week. My father always told me success was 10 percent inspiration, 90 percent perspiration. And for the younger people I’ve mentored, I always share that extra effort is required to do great things. There are no free rides.  You earn your stripes.

The line between personal and professional has long been blurred for me and I identify with my professional side in a personal way now too; the balance I seek relates to health and wellness. The stress levels in this business are significant, and you have to find a way to reduce it. I liken the professionals at IA to “creative athletes.” Physical athletes have to train for optimal performance, and for creative abilities to be at its peak our staff has to be healthy—both physically and mentally. That level of awareness in the work environment is a key component of how I see balance. So if someone wants to leave a little early to attend a yoga class and will get back online later that evening, I encourage it. Thank god for technology!

There have recently been a number of women who have broken through the glass ceiling and have been very successful. I don’t know whether Hillary Clinton will be the next president or not, but the fact that she’s a viable candidate speaks volumes.

For me, this business is a team sport and none of us can succeed alone. I don’t make a big distinction between my career achievements, and our collective team’s careers and success. My success is a direct result of the team I build. It takes a village. One of the things I love about my role here is the team building component as I am, fundamentally, a people person. I think I’ve done well in hiring extraordinary people and am humbled and awed by what they do. Another advantage that my tenure here has raised organically is the ability to coach and mentor people on a broader platform. It’s one of the most rewarding parts of what I do, though I like to think of it less as mentoring and more of an opportunity to learn from each other. Being open with your colleagues requires a level of respect and taking it all in stride, warts and all.

Learn how to grow through adversity and acknowledge the teachable moments. This is a challenging business, but it’s also incredibly rewarding. Working at IA gives you an opportunity to impact people’s lives, and a company’s business performance, so there’s tangibility to professional outcomes. But as I’ve said to many an inquirer, this business is not for the faint of heart. One needs to be focused, resilient, and able to overcome adversity and challenges to ultimately achieve great success. But the rewards are personal and professional growth knowledge. And this is immensely gratifying.

Helen Watts holds a Bachelor of Social Science from University Natal in South Africa. Throughout her career she has overseen projects for the City of Pasadena, Claremont McKenna College, and MGM. Outside of architecture, Helen is passionate about animal rescue, health and wellbeing, and scuba diving.

Click below to read the first post in this series, highlighting Managing Director of IA's Boston office, Reetika Vijay!

IA's first female Managing Director, Helen Watts of our Los Angeles office, shares her journey and thoughts on being female leader in the architecture industry.