At IA, the Equation Adds Up to More Than the Sum of Its Parts. 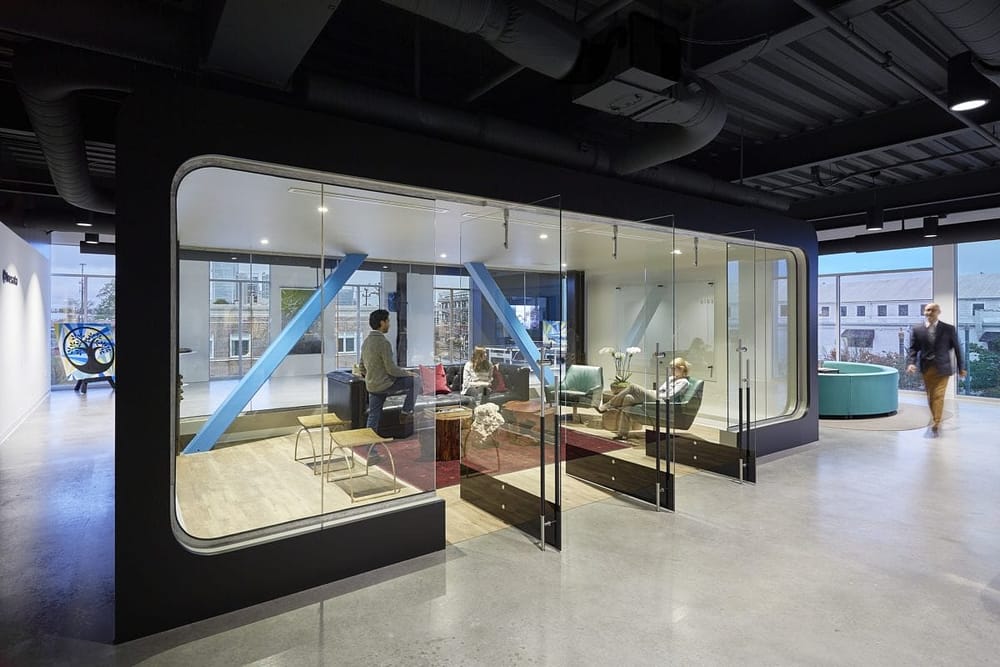 Despite these days of being able to leverage highly advanced technology and data, interior design is still very much an art, not a science. Accordingly, the design of an interior or an environment – whether a workplace, a retail destination, or a restaurant – is not a formulaic enterprise. Each IA project is utterly unique, the byproduct of an inspired  analysis and synthesis of existing site conditions; end users’ needs; client peculiarities, personalities, and preferences; and a myriad of other factors.

But at IA, design thinking is guided by a sort of conceptual equation we hold as a truism:

Meaning that all three ingredients—a client’s positioning, its corporate culture and values, and the aggregate character of those who work there—are carefully and equally weighed when designing a space. Indeed, those three components are as much the building blocks of a workplace as are the furnishings, the technological infrastructure, and the building envelope itself. As a corollary, “place” is more than just a physical design executed in color and materials and finishes. Rather, one experiences place as a combination of concrete and intangible elements. 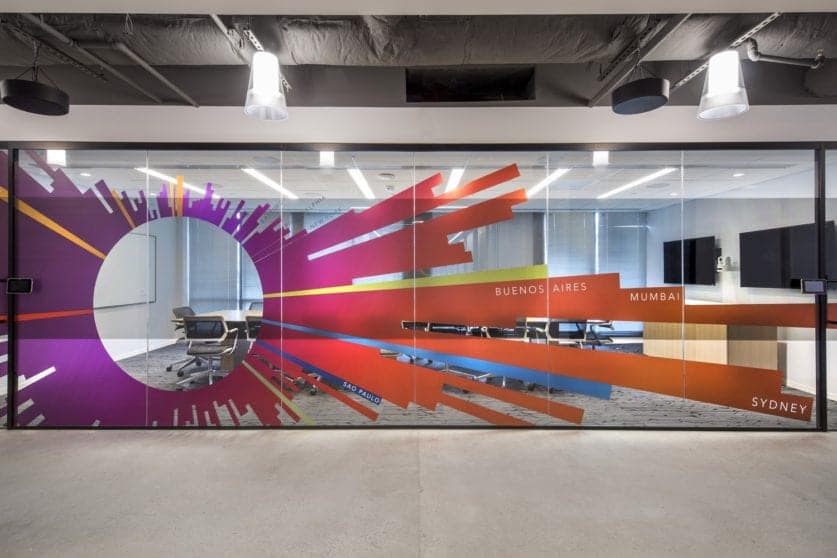 At various stages of the design process, IA teams from our key areas of expertise conduct interviews, observations, and other such engagements to learn about the aforementioned factors: Sometimes a client’s brand and culture are quite clearly established; in other cases, those attributes are more challenging to discern. IA frequently works with companies in transition: rebranding, redefining, merging, perhaps purchasing a new subsidiary that needs to be integrated into the workplace. There may even be an influx of new hires, or a population turnover during this phase. The notion of change as a constant is at the root of IA’s thoughtful and probing approach to understanding and analyzing, through many lenses, a client’s unique culture and positioning—not only as it currently presents itself but also where the company might hope to take it.

In such cases, the goal is often a spatial design that’s both specific yet open-ended enough to support evolution. Design can encourage and enable cultural transition: an office renovation or relocation as an ideal opportunity to reinforce existing values and inspire certain desired new behaviors. “We’ve often witnessed a client’s culture shift dramatically on the very first day they move into their new space,” says Duff. When the environment is conceived with evolution in mind, changeability and interactivity will likely be important facets of the EGD program as well, giving clients the ability and flexibility to adjust graphic elements on an ongoing basis.

Every IA project exhibits a deft interplay of brand, culture, and people. Here are a few recent examples of how these three factors inform one another: 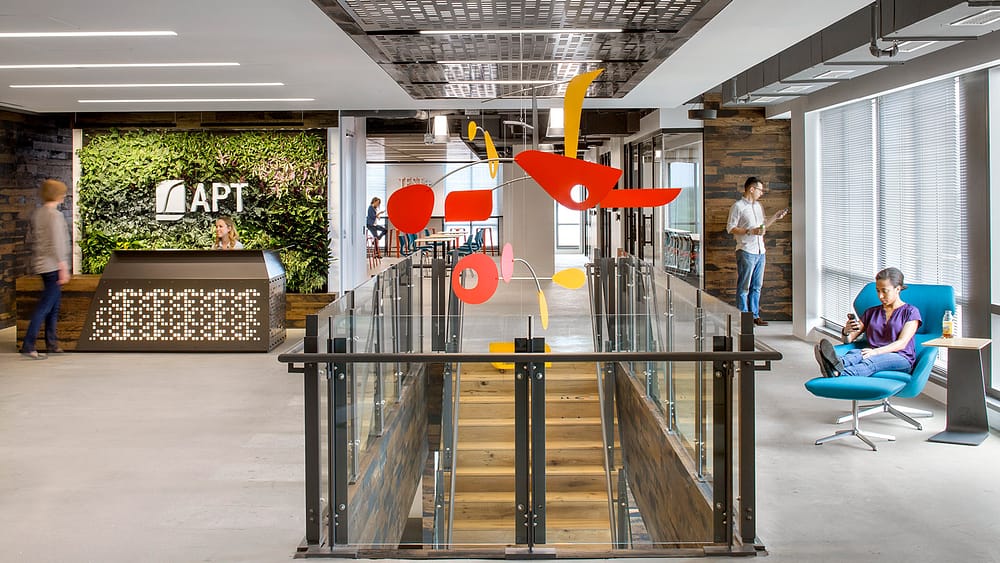 Learn more about IA's approach to design! Click below to read "Design in 2018: Global Influencers of Today's Workplace."

Read the Post
Tasklounging: Workplace Hospitality Evolved
Workplace design thinking is evolving at the fastest pace in decades, and one word seems to be on everyone's lips:[...]
Read More
Look Up!
@Brandon Stengel PhotographyAs a design element, the ceiling can make a powerful statement—figuratively or literally. What do we mean? A[...]
Read More
An Award-Winning Year
This year, IA was honored with numerous, prestigious design awards including Interior Design Magazine Best of Year Winner (Dropbox Dublin)[...]
Read More

At IA, the equation adds up to more than the sum of its parts.

Accommodating our Four-Legged Family in the Workplace

Accommodating our Four-Legged Family in the Workplace

An IA Q&A with Bridget Schmitt, a 2017 ASID ‘Ones to Watch’ Scholar

An IA Q&A with Bridget Schmitt, a 2017 ASID ‘Ones to Watch’ Scholar

Bringing Buildings Back to Life