Commuter Workforce and the Power of 10+ 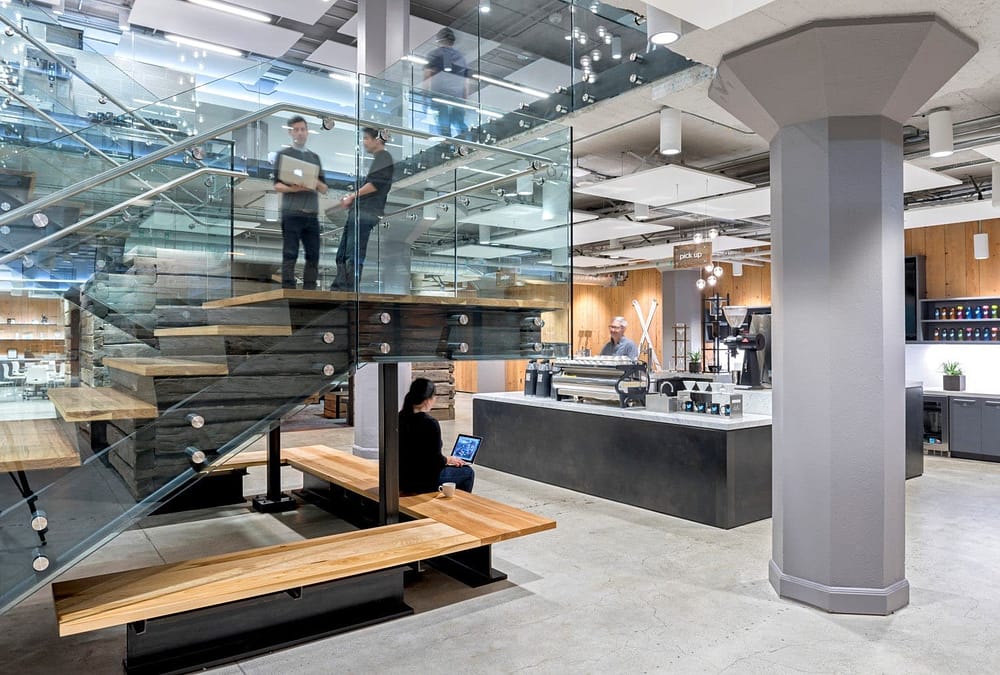 Although we may not think about it, the workplace experience begins with the journey to work. If the commute is arduous day in and day out, it can negatively affect how we work and interact with colleagues. While some of us walk or bike to work, others may have a two hour or more commute in both directions. Though technology allows for the mobile worker, the workplace, for the most part, still involves a face-to-face culture. For urban planning, the factors that determine the quality, logistics, and ramifications of a commute are varied. Creatively dealing with those factors and their effects for positive outcomes is intriguing for urban planners and designers of work environments.

Among many objectives, urban planners focus on establishing communities that bring people together, nurture trust, provide for amenities, ensure sustainability, and further human wellbeing. Tying communities together and accounting for the commute between them is also a part of their focus. Theirs is a creative, technical, and political process that struggles to keep up with the development and growth of urban and suburban areas.

Urban centers with robust business communities are increasingly a challenge; the demand for space exceeds supply. On average, workspace densification translates to roughly 100 square feet per employee while living space translates to a stringent minimum of 450 square feet per person. Downtown cores can never house the majority of the people who work there no matter how tall we build.

But there are many variations on urban housing settings, with some cities doing a much better job than others to embrace a range of city dwellers from singles to families. In New York City, for example, many families choose urban housing and enjoy the amenities the city offers. In contrast, the downtown core in Los Angeles, specifically developed to attract the young and the highly paid, does not support family living. That said, urban planners in Los Angeles recognize the need to incorporate infrastructure like schools and daycares into the existing city core to remedy this problem.

In some urban areas, new possibilities for single-person units are being explored, including mixed facilities and live-work units as well as dorms for professionals, although the suburbs remain popular with families and those who can’t or won’t pay city-priced rents. For them, the commute persists with congested highways and over-subscribed mass transit subject to breakdowns and emergency response protocols that cause serious delays. But, looking on the bright side, come 2025 and the much anticipated driverless car, the commute might be a lot more engaging, allowing passengers to focus on work or other interests as the car does the driving. A bullet train is another envisioned boon that could significantly reduce the length of a commute.

The Power of Destination

Still, the impact and attraction of a destination can trump a grueling commute. Workplace designers and savvy businesses planners are well aware of the potential of the workplace, its spirit, conveniences, and amenities to lure and engage top-notch talent. But it takes careful planning and implementation based on a multilayered understanding of what’s needed to inspire, benefit, and deeply satisfy the workforce as a community and as individual professionals. 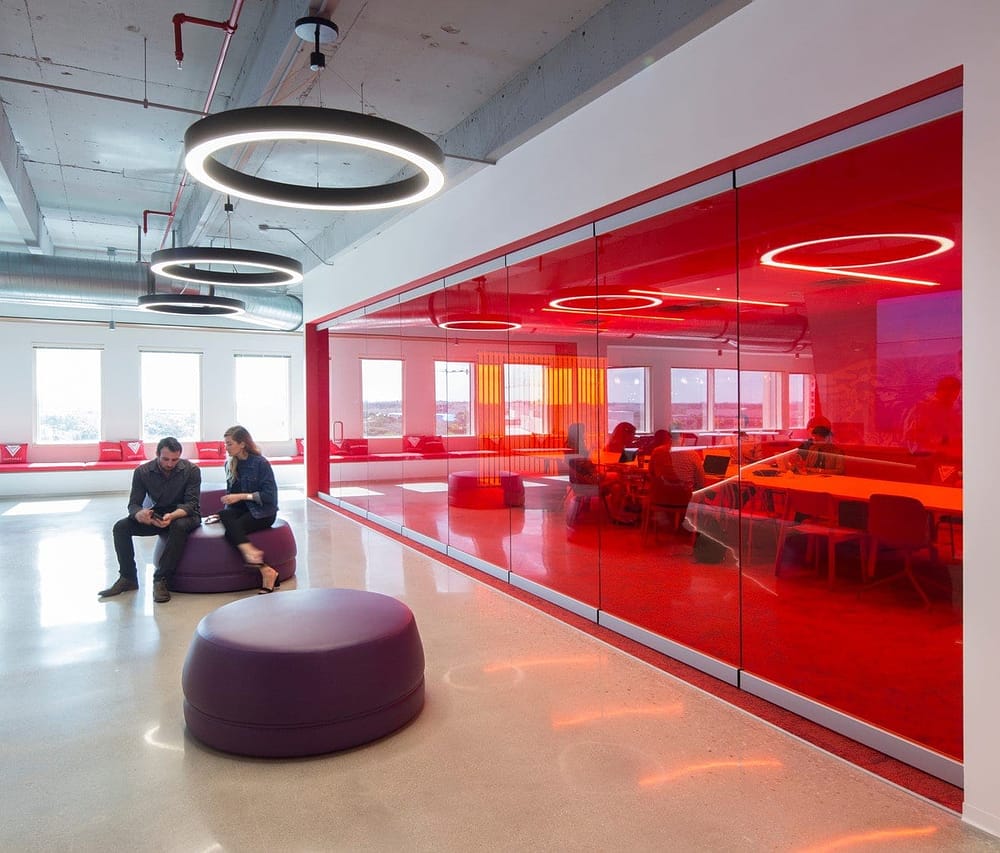 The Power of 10+ urban planning theory is a variation of the concept of destination applied to urban centers and developed by the Project for Public Spaces (PPS), a non-profit organization begun in 1975 that advocates placemaking as a way to create and sustain public spaces and develop strong communities. The organization’s placemaking movement went global in 2016 with participants from over 30 countries taking part in Placemaking Week in Vancouver, Canada.

The theory was developed as a tool and gauge for implementing venues on a human scale with an emphasis on experience in urban centers. It is premised on the belief that when there are at least 10 (or more) notable attractions for users at an urban center—a layered menu of things to do or see—the place will thrive and endure. What’s needed is art to touch, food to eat, parks, cultural and sports attractions, a waterfront walk—experiences unique and germane to the location that elicit joy or interest and benefit those who live or work there. Community pride, loyalty, enthusiasm, and identification with the urban center are outcomes. Taking it a step further (still playing on the number 10), the theory maintains that for cities with a minimum of 10 such urban centers, each with 10 attractions, users will not need to go far for what they need. 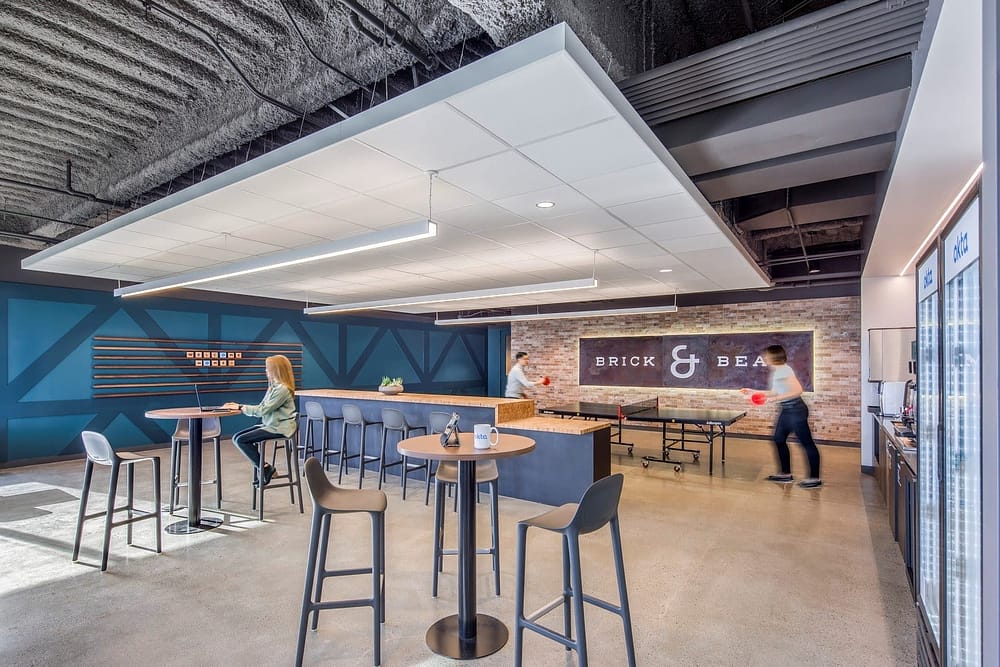 A thriving urban center with appealing attractions and a workplace designed to delight, engage, and nurture wellbeing can outstrip a difficult commute. Designers have long understood the workplace as an urban center, a unique community, in its own right with neighborhoods, common areas, social hubs, walkways, and amenities as well as a variety of work areas within its confines. The notion of the workplace as intrinsically linked to lifestyle and quality of life, now so accepted, is driven by the diminished boundary between living and working made possible by technology and the mindset connectivity has created—we can work any time, any place. Work is now more likely to be a personal passion, extended through the synergy of collaboration, and the length of the workday for many defies a fixed time span. With our evolving concept of work, wellbeing is, has to be, a significant factor in the workplace to maintain health and productivity. The pressure of work in this new scenario is a force to be dealt with. Exercise and game rooms, outdoor amenities, biophilic features, good nutrition offered at inviting cafés and convenient break areas, meditation rooms and mother’s rooms are all part of the designer’s challenge, as is an environmental graphic component that defines place and builds culture.

The notion of placemaking is fundamental to what we do and have done for a long time as strategists and designers. The destinations we create for our clients are workspaces. Headquarters projects like McCormick’s, DraftKings, Big Fish, and McDonald’s are just a few of the companies we work with globally to create dynamic brand-infused destinations for production and wellbeing with amenities that make employees want to come to work each day despite a commute. The power of place is a classic concept, and using the lens of the Power of 10+ adds a new dimension to urban planning that reflects what we know to be true.

Using statistical information captured through strategy studies and staff interviews at all levels of an organization, Mary Clare Garrity guides clients through an exploration of current staff space usage and proposes strategic methods of space planning to enhance individual and team performance and achieve new efficiencies. With over 15 years of experience, she has worked with an array of entertainment companies, financial institutions, and technology companies.

Workplace design thinking is evolving at the fastest pace in decades, and one word seems to be on everyone’s lips: hospitality. At the same time, a wholesale pivot to a pure hospitality design approach (an all-out sprint for the luxurious and engrossing aesthetic of the boutique hotel or hot new restaurant) is an overreaction. Admittedly, END_OF_DOCUMENT_TOKEN_TO_BE_REPLACED

Commuter Workforce and the Power of 10+ via @IAarchitects