The dearth of African-American architects in America is no secret and stands as one of the plethora of outcomes driven by the social injustice, inequality and divisiveness that this nation now painfully strives to rectify. Yet despite adversity, history shows that talent is hard to suppress, witnessed by the achievements of African-American architects dating back to the turn of the century. Here we look at four that broke ground as firsts in a variety of ways. 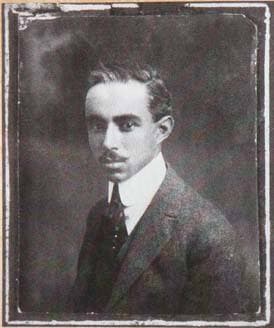 Julian F. Abele, AIA, (1881-1950) was the first African-American graduate of architecture (1902) at the University of Pennsylvania, where he served as president of the school’s Architectural Society, elected by admiring classmates, during his senior year. Abele spent his entire career, over four decades, at the Philadelphia-based firm of Horace Trumbauer as a chief designer during America’s Gilded Age—a time of rapid growth and self-made millionaires anxious to build palatial mansions. The Trumbauer firm specialized in such dwellings.

Fluent in French and grounded in the Beaux-Arts style, Abele was the guiding force behind the firm’s design of grand houses for the era’s ultra-wealthy in Newport and New York City, as well as elegant public buildings and notably Harvard’s Widener Memorial Library. He designed the Manhattan mansion (and additional homes) of James Buchanan Duke (founder of the American Tobacco Company and owner of Duke Power). Since 1952 the mansion has been home to the New York University Institute of Fine Arts. The Chapel at Duke University. Image in the Public Domain. Courtesy of Flickr and Matt Walter.

In 1924, when Duke was convinced by the president of Trinity College in Durham, NC, to endow the school as a namesake university, Abele was tapped to lead the overall campus design, including the chapel, library, football stadium, gym, medical school, religious school, hospital, and faculty house—a fact generally unknown until the 1980s, but today publically celebrated by the university. 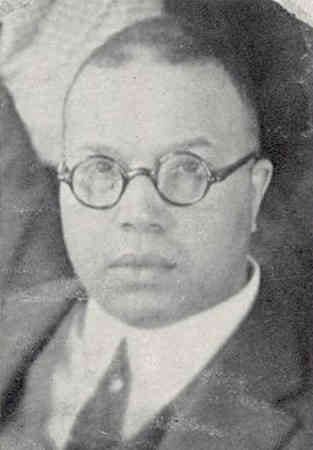 Vertner Woodson Tandy, AIA, (1885-1949) born in Lexington, Kentucky, was the first registered African-American architect in New York State. He graduated from Cornell University in 1907 with a degree in architecture. While there he and six other Black students founded Alpha Phi Alpha, the first intercollegiate Greek-letter fraternity established for African-American men. Tandy served as the first treasurer and designed the fraternity’s pin. With 800 chapters today, Alpha Phi Alpha has been, and is, a leader in the African-American community's fight for civil rights, with past members including W.E.B. DuBois, Adam Clayton Powell, Martin Luther King, Jr., and Thurgood Marshall, to name a few.

Tandy’s legacy as an architect is preserved at Villa Lewaro, a lavish Georgian-style mansion for Harlem businesswoman Madam C. J. Walker, the first African-American woman to be a self-made millionaire, and at Harlem’s St. Philip’s Episcopal Church (designated a New York City Landmark in 1993) and the Ivey Delph Apartments, both on the National Register of Historic Places.

Beverly Loraine Greene. Courtesy of the University of Illinois Archives.

In 1936, Beverly Loraine Greene (1915-1957) became the first African-American woman to earn a bachelor’s degree in architectural engineering from the University of Illinois at Urbana-Champaign, where she also was awarded a master’s degree in city planning and housing. Registering with the State of Illinois on December 28, 1942, made her the first licensed African-American woman architect in the United States. She went on to work with the first architectural office led by an Africa American in downtown Chicago. But finding it difficult to overcome the city’s racial barriers, she relocated to New York City and accepted a scholarship to study city planning at Cornell University, where she earned a master’s in architecture in 1945.

Greene joined the firm of Isadore Rosefield from 1947-1955, specializing in healthcare facilities, and later collaborated with famed architect Edward Durell Stone (of Lincoln Center for the Performing Arts fame) on a section of the arts complex at Sara Lawrence College, as well as a theater at Stone’s alma mater, the University of Arkansas. She later worked with the iconic Marcel Breuer on the UNESCO Headquarters in Paris. Her career was cut short by an early death at age 41 in New York; fittingly her memorial was held in a building she had designed.

Paul Revere Williams, FAIA, (1894-1980) was the first African-American architect to join the American Institute of Architects and the very first African-American architect west of the Mississippi. Born in Los Angeles and orphaned at age four, he was raised by a foster mother devoted to his talent and education. As a young man, he pursued an architectural education and professional experience simultaneously. Williams was certified as a building contractor in 1915 and licensed as an architect by the State of California in 1921. He opened his own practice in 1923.

This was the time of the real estate boom in Southern California and his work in landscaping and expertise as a designer of small, affordable houses for new owners served him well. Confident and skilled at networking, he served on the first Los Angeles City Planning Commission in 1920, and his growing reputation led him to new, larger projects and historic revival-style homes for affluent clients. His portfolio includes landmark buildings—Saks Fifth Avenue, the Palm Springs Tennis Club, an extension to the Beverly Hills Hotel, a renovation of the now-demolished Ambassador Hotel and Perino’s chic Wilshire Boulevard restaurant. His LAX Theme Building at Los Angeles International Airport remains an iconic example of Mid-century meets futurist architecture. Williams became the designer of choice for legendary celebrities including Frank Sinatra, Lucille Ball and Desi Arnaz, and Martin Landau, creating some of the most beautiful homes in Los Angeles and the surrounding area.

During his five-decade career, Williams mastered a range of styles and designed over 3,000 structures including public commissions. He was the first African American elected a Fellow of the American Institute of Architects. In 2017, he was posthumously awarded the AIA’s Gold Medal, the organization’s highest annual honor recognizing those whose work has had a lasting influence on the theory and practice of architecture.

IA celebrates the lives and contributions of these individuals to our profession. They have opened doors and will inspire generations of architects and designers to come.

Workplace design thinking is evolving at the fastest pace in decades, and one word seems to be on everyone’s lips: hospitality. At the same time, a wholesale pivot to a pure hospitality design approach (an all-out sprint for the luxurious and engrossing aesthetic of the boutique hotel or hot new restaurant) is an overreaction. Admittedly, END_OF_DOCUMENT_TOKEN_TO_BE_REPLACED

A Lure to Wellness
Load More